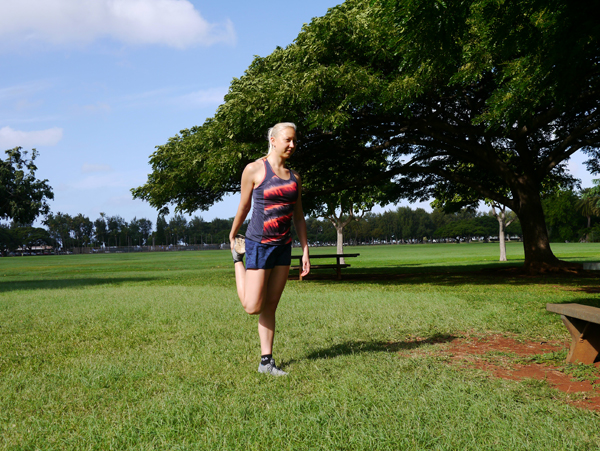 Are you a runner? Do you strength train?

I was a runner, and I never did. That was a mistake, in addition to many other mistakes that I made as a runner.

I've talked about how I used to workout about 3 years ago and how I train now here. But in short, I basically just ran, but I hardly ever picked up any weights. I did it maybe once a week, but I felt bad and guilty and anxious inside, because strength training never counted as a real workout for me.

Back then, my brains worked like this: Which workout burns most calories? – Running. I go do that.

However, it was a mistake. If you are a runner, you've got to strength train too! Here are some problems that many runners are facing, if they don't strengthen and stretch their muscles:

Somehow, I was able to avoid most of them, but hamstring flexibility is still my problem, because I almost never stretched. But strengthening my weak muscles would have been a great help too. I'm still working on my pistols.

Here are some reasons why strength work matters, also and especially for runners:

Running is very quad-dominant exercise. But the back part of the legs, called posterior chain, that involves glutes and hamstrings, doesn't really get much attention during running. So, strength training focusing in these areas is really necessary to avoid problems that may come from muscle imbalances–from strong quads and weak glutes and hamstrings.

Running puts a lot of stress on your bones, ligaments and tendons. If they're strong and trained, the can take the pressure better.

The better your muscular balance, the better also your performance can be. So if you want to improve your race time, grab some weights or even just do some bodyweight work to strengthen the areas that don't work as much as others while running.

Getting stronger also helps to improve your endurance, which means that you're able to keep up your running speed for longer time. This study shows that runners who added some strength training into their routine, by doing a series of half squats three times a week in addition to their regular workouts, were able to continue running at their maximum speed 21% longer. Impressive, isn't it?

Think about it the next time when you get passed by another runner right at the finish line… She probably did her squats!

I used to run all year around. Yes, even in during the freezing winter months when I lived in Finland and Estonia, where the degrees can drop really low. Rain, shine or snow, I went out and did my run.

In winter, I would also cross country ski, but I still ran at least 4 times a week. (That, by the way, was good for my lungs–I have asthma but endurance exercise in cold actually made it so much better!)

Gym and treadmill weren't options, because 1) I'm not a fan of gyms–doesn't mean that I never go, but generally speaking, I prefer to do stuff outside; 2) I just can't stand long time running on a treadmill. Sprinting is fine, but 60+ minutes long runs–not a fan.

Because I ran so much, of course I got bored every once in a while. Running was enjoyable for the most part, but there were times when the thought of getting out and doing the exact same thing again for the 5th time that week didn't sound that fun.

Adding some strength training in the mix will keep things much more interesting. Even if you don't like strength training at first, with a little bit of practice you'll find exercises you like. As a bonus, you'll start looking forward to your runs again.

Many people pick up running to lose weight, and if they enjoy it, I don't see a problem there. There is so much discussion out there though how running is not the way to go if you want to lose fat, but I think we can't deny the fact that long distance running burns a lot of calories. Running is not the only way to go if you want to lose weight and it may work better for some than it does for others, but it can definitely be part of your routine.

What you do after your run is important though: If you stuff your face with all the food that you think you “earned”, your weight is not going to drop. If you go way overboard with eating, you may gain weight instead of losing it.

However, only running doesn't give you this lean look that many of us want to get. When I used to run a lot and eat too little for my expenditure, I was very skinny. But I didn't have much muscle definition either.

Now as I'm strength training more than I'm running, I definitely have more visible muscle definition. I don't have six pack abs, but my upper body and legs are definitely leaner and more muscular than they used to be.

What Exercises Should You Do and How Often?

Also, you don't need to do super complicated and technical exercises. Focus on training muscles that don't get as much attention during running, especially hamstrings and glutes.

Here are a few ideas of exercises that you could do, with or without weights: Squats, lunges, split squats, jump squats and jump lunges, walking lunges and step ups or box jumps.

Also, don't forget that strong core is super important for maintaining good posture and again, for proper muscle balance. Weak core may cause tightness in hamstrings, that most runners are already struggling with.

Here are two simple bodyweight training routines that you could finish up your run with, or do on a separate day: 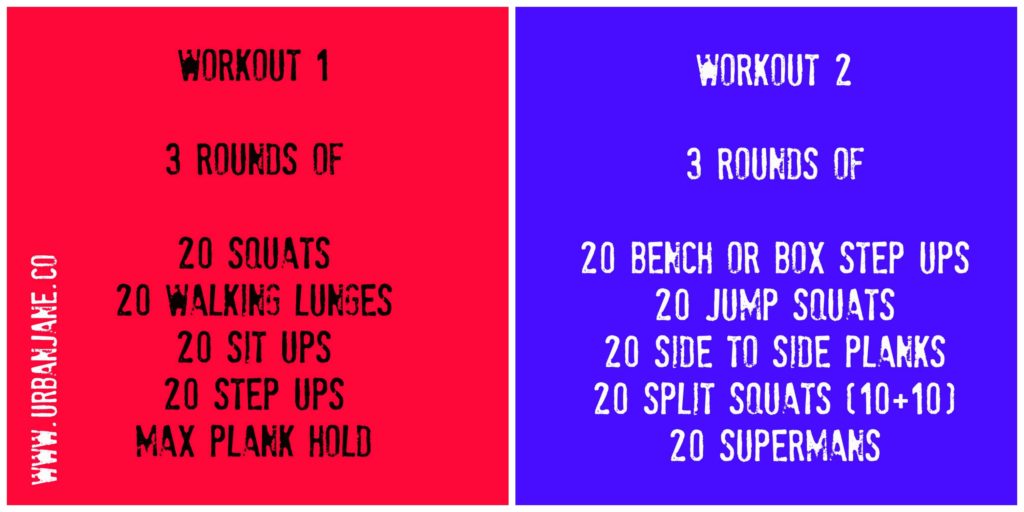 Runner, strength train! You keep your muscles balanced, maintain better running form, protect your ligaments and tendons, you're less likely to get injured, you look better and what's most important: Get faster.

If you're a runner, do you strength train? Why or why not?