Can’t Eat After a Workout? Here’s Why

Have you ever found it almost impossible to eat after a workout?

It may seem counterintuitive, because we would expect the body to ask for fuel after burning a decent amount of calories. However, just the smell of food or the thought of eating may make you want to throw up.

Hormones are an extremely important part of the human body and they affect all its processes.

There are several hormones that are related to appetite and when we are working out, their levels fluctuate. Exercise can suppress the level of the appetite increasing hormone, ghrelin. When the ghrelin level is low, it simply won't send the message “It's time to eat!” to your brain.

Also another appetite-related hormone, peptide YY, is affected by working out. Peptide YY's job is to decrease appetite. When working out, peptide levels will increase and as a result, your appetite will drop.

So, the combination of decreased levels of ghrelin and increased levels of peptide YY is the reason why you may not feel like eating after a workout, even if you have just burnt a ton of energy.

Type of workout and fluctuation of hunger levels

Different types of exercises have different effects on our hormonal levels, including hunger hormones. It has been shown that vigorous workouts like sprinting, HIIT and other high intensity workouts suppress appetite more than moderate or gentle exercise.

Even though slow and steady exercising like walking or bike riding may suppress appetite, they don't do it as much as high intensity workouts do.

Also, weight training, like working out with kettlebells, sandbags, medicine balls or any other free weights or weight machines tends to suppress appetite more than weight-free workouts, like running or walking. Remember that bodyweight training is also weight training!

Does exercise-induced loss of appetite help with fat loss?

The loss of appetite usually appears right after working out. But most of us are usually able to eat after a little while. So, the short hunger suppression period is not a reason why working out helps to lose fat – we are not creating a huge caloric deficit just because of that.

I have noticed it in myself, especially after a long (1,5+ hours) run, how the hunger can show up even way later than couple of hours. My hunger is nothing particularly unusual right after I run, but if I don't eat enough, it will catch up by the evening or by the next day – in a bad way!

Then I want to eat everything and anything in sight, and I especially crave salty foods. I have learned from my experience and in order avoid the cravings later, I usually have at least some sort of protein dense food or drink soon after my run.

Do you have to eat after a workout, even if you don't want to?

There is so much controversial information out there about the importance of eating right after working out.

In my opinion, it's absolutely individual and depends on many things: your personal preferences, what was your workout like and on when was the last time you ate before working out.

For example, if you worked out in the morning on an empty stomach, after not having eaten anything for the past 12 hours or so, it's good to get some fuel into your system as soon as you can. By the time you finish your workout, your fuel storage is pretty empty.

At least eat a high quality snack about 30 minutes after finishing your workout. Eat as soon as you can to help with muscle recovery.

But if you worked out later in the afternoon, after having had at least one or two meals earlier, I don't think that forcing yourself to eat as soon as you are finished is that important. There is still some food in your body and it's not going to go to starve immediately.

So, if you don't feel like eating immediately, that shouldn't be a problem, as long as you are having a proper meal a little later.

Also, what kind of workout did you do? If it was a high intensity workout that made you burn a ton of energy, you want to help with the muscle recovery pretty soon. Also a long run leaves you pretty depleted, so eat as soon as you can.

But if you did something fairly moderate, like walked or rode your bike for 30 minutes or did some stretching and yoga, your energy expenditure wasn't all that big and nothing bad will happen if you don't eat immediately.

What to eat post-workout is another question that everybody seems to have their own answer for. That, too, depends on the type of workout that you did.

My workouts are mainly a good mix of cardio and strength. To build muscle, I need protein, and to recover from high intensity cardio workout, carbs. I try to incorporate both of them into my post workout meals and / or snacks. 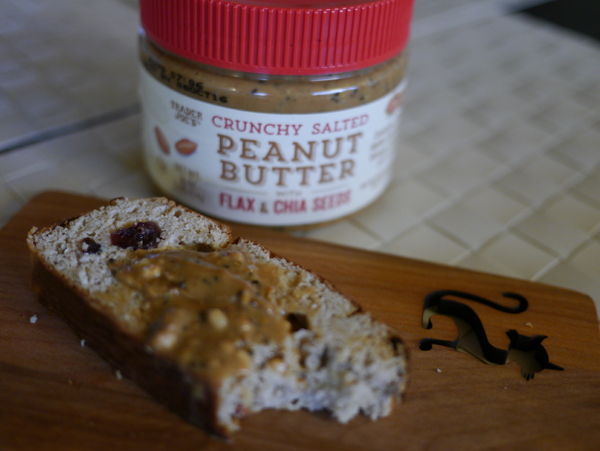 If you don't want to eat a full meal after working out, here are some examples of smaller snacks that you could have after a workout and before eating a full meal later.

You can easily combine them and increase or decrease the amounts according to your needs.

Exercising helps to keep the lost weight off

It's not the appetite suppressing effect of working out that helps to lose fat. The appetite will usually catch up later and we need to give our bodies back what we used through working out.

A lot of times, the fat loss is easier because of the mental shift it causes. Have you noticed that when you get on a good workout routine, you also eat better?

The opposite is true as well: When you feel lazy, sluggish and can't get up from the couch to work out, you will also more likely order pizza and have a pint of ice cream for dessert while catching up on your favorite show.

There are many studies about weight loss, showing that while exercising is not necessary to lose weight (diet matters the most!), people who worked out were more likely to keep the lost weight off than the ones who didn't exercise.

Committing to healthier lifestyle in general, making exercise a crucial part of it, definitely helps to sustain the results.

The main reason that eating after a workout may be hard, is that exercise creates changes in the levels of hunger increasing and hunger decreasing hormones. Loss of appetite is especially usual after doing a high intensity workouts and weight lifting exercises.

Is it hard for you to eat after a workout?

Do you still eat or wait until later?

Let me know in the comments below…