Do You Have All The Tools, But No Results? 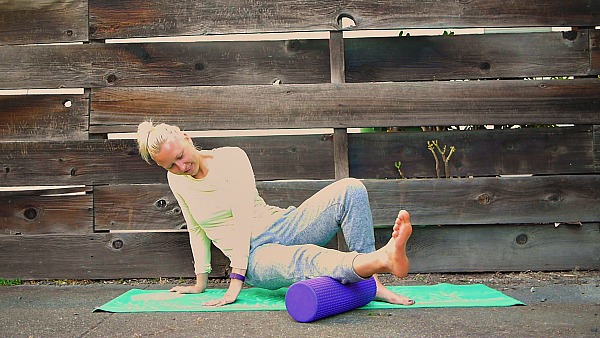 We like fresh beginnings and new starts. They give us the chance to make resolutions (hello, new year!). But it happens over and over again that despite the great plans and all the tools we have, we don't get results.

That happens because we're not doing anything with those tools.

Great Goals, but No Results? You're Not Using Your Tools

We've all made resolutions to get better at something.

For example, we want to start exercising and buy a set of dumbbells (or maybe even a big ol' treadmill!!) , and promise to start working out tomorrow.

But then we don't. Or maybe we do, but we're not able to keep it up.

Seriously, how many weight benches or air stairs machines have you seen in your friend's basements and garages? I've seen quite a few… Maybe there's one even in your garage, but you hardly ever touch it.

Or, we want to start eating more vegetables in hopes to lose some bodyweight, so we promise to start on Monday. But as soon as there are temptations around, we forget about the veggies and get back to our old eating habits pretty quickly.

Maybe we've wanted to learn a new language for a long time, and finally enrolled in the course. But we lose all consistency when things get harder, so after three months, we realize that we haven't made that much progress at all.

When the new year rolls around, many people probably can't even count how many resolutions they made, only to make the same resolutions again next year. Because for some reason, this extra x pounds they wanted to lose are still there, and maybe there's even twice as many.

Are Your Tools Just Collecting Dust?

There's nothing wrong with having goals. And getting ready to achieve them by buying a set of dumbbells or getting a Spanish languge textbook is one step closer to it, because those tools will help you.

But the problem happens when…

We don't use those tools.

It's useless to have all those things but not doing anything with them. Having dumbbells in your closet won't do the work for you, and the new language won't stick just like that if you don't even open the book.

We Love the Idea More than Taking Action

Thinking of starting a new diet plan is exciting and fun, right? Browsing the new fitness book or site and looking at the exercises and recipes there is exciting. And then, of course, picturing yourself actually being super fit and being able to do things that you've always wanted to be able to do is awesome.

But a lot of times things fall apart when it's time to take action. We may be able to keep up the good routine for a few weeks, but then “life gets on the way” and we stop.

There may be several reasons why this happens. Maybe the new exercise plan was too intense and it made you to make too many too extreme changes at once, so you couldn't keep doing it. That's why it's important to make small changes at a time, not to try change everything at once.

Maybe it was something that you didn't like at all. And that's fine–in order to stick with an exercise plan, we actually have to like it.

It's important to actually use those tools that we've bought, like that set of dumbbells, gym membership, language book, a new healthy cookbook, or a foam roller.

Foam roller is a great tool to use if our muscles are tight from exercising or from simply being in one position, like sitting, for too long time. It hurts, yes, but the pain is worth it. When my muscles are tight, working on my quads, glutes, hamstrings and calves for 10-15 minutes makes me feel so much better pretty much instantly.

When people say that they're muscles are soooo tight again, I sometimes ask if they use a foam roller. They say that yes, they bought it but haven't had a chance to use it yet…

Then it comes out that they got it already a couple of months ago.

This foam roller is not going to help you unless you really use it. I't s up to you whether you

I see a very similar thing also outside of diet and fitness–in language teaching.

If you've been reading this blog for some time, you may know that I'm also a language teacher. I often see how exited new students are at first when signing up for the new course.

The first weeks are super fun, it's exciting to learn to introduce yourself, and talk about simple things in a foreign language.

But as it gets harder and when you need to start dealing with tricky case system, figure out complicated pronounciation and have no idea why things like consonant gradation should exist in any human language, the first excitement sometimes wears off.

But just having enrolled in the course and buying a text book won't make anyone fluent in a new language.

Just like the set of dumbbells or a foam roller we never touch aren't going to help us to build better body.

Don't Expect Everything Right This Moment

We need to put in some work if we want to see results.

If I haven't worked on pull ups or pistol squats, I'm not surprised when I'm not making any progress in them.

I may get upset though…

A few months ago I was training with another trainer. Some girls in this group were able to do beautiful pistol squats. It looked awesome and of course I would've wanted to be able to do them too. Sure enough, I started complaining on how I'm not able to do them.

Then the trainer asked, how long I've been practicing them.

That's right. Not too long! I failed at them pretty badly once, so I stopped even trying to do them for a while. Besides, up until 2-3 years ago my only form of exercise was running, while these girls had at least 5 years of experience in calisthenics and other types of weight training.

It makes pretty good sense why I'm not where they are. I shouldn't expect everything right this moment and throw the towel in if things don't go immediately the way I want them to go.

We like the novelty of new things. Taking action, however, is way less fun, because that requires consistency and changing habits.

To get results, we need to pull out that foam roller from the closet and actually use it. Otherwise, the results will never happen.