Stop Doing These 7 Things and Get Healthier and Happier 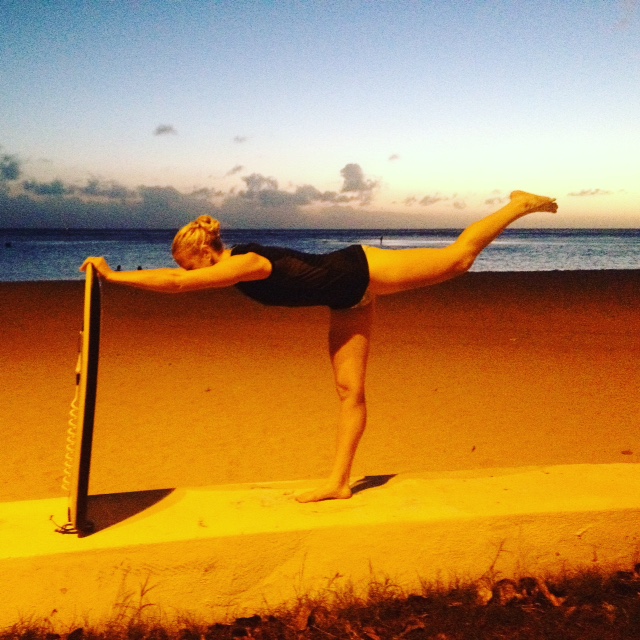 We've all heard that.

I've given similar advice to people myself too: Do this, do that…

But let's look at this from another perspective: There are actually a ton of things that you should STOP doing to get healthier and happier.

Yes, not OVER, but UNDER eating, as many health-conscious people seem to be doing such a great job under eating now. If you're eating as little as 1200 calories but your daily needs are way higher (and very likely they are), you won't be able to stay on this diet for too long.

[tweet_box design=”default”]Many health-conscious people seem to be doing such a great job under eating now.[/tweet_box]

How do you know how many calories you burn everyday and what your BMR (basic metabolic rate) is? There are a ton of fitness trackers out there that help you estimate your basic metabolic rate, or you can use online calculators. They may not give you 100% accurate result, because BMR also depends on your body composition, but you still get a good idea of your daily expenditure.

On the days when you're active, your energy expenditure is of course significanlty higher than your BMR. BMR is the bare minimum, it tells you the number of calories that you burn no matter what, even if you're just lying on a couch all day.

I don't want to encourage anyone to over eat either, because that would cause unwanted weight gain, of course. But constant under eating doesn't get you in shape, because it's not sustainable–if you keep yourself in too big calorie deficit, you over eat sooner or later. Result–weight gain, not loss.

There's likely no miracle diet any more to discover that would make anyone skinny overnight. Learn the basics about dietary fats (and check out my FREE ebook on that!), carbs and protein, understand why we need them and where to get them and try to include them with your meals everyday. That goes way longer way than trying another fad diet.

Trying diets one after another leads to lots of failure, and that in turn negative self talk: How am I so weak? How come I can't stay on track? Negative self talk doesn't help you to lose fat.

3. STOP Buying Magazines and Books That Promise You Overnight Success

Especially as the bikini season gets closer, more and more magazines put “Lose 10 pounds in two weeks!” or “Get rid of belly fat with these 10 exercises!” on their covers. And those magazines are nicely placed right before the checkout line to make sure you actually buy them.

While these ab exercises they're telling you to do probably won't hurt, they're likely not giving you a flat belly in no time either. Besides, you've probably tried out pretty much all variations of ab crunches anyway.

Check out this article to learn on how to really strengthen your core. I truly believe in these exercises, but I'm not telling you that they will give you abs of steel in just a matter of weeks. It all takes patience and much more time than that.

Stop following accounts that promote insanely lean, absolutely fat free bodies and make you think that this is how you should look like, or otherwise you're worthless.

The more you see posts of super lean bodies, extreme diets and quotes like “Sweat is your fat crying” and alike, the more you're affected by this stuff, even if you don't realize it. Those things put thoughts in your mind that push you the wrong way. A lot of times, they push you to under eat, to measure and calculate every calorie, overtrain, and you end up punishing yourself for eating too much.

That doesn't mean that you shouldn't follow fitness accounts that promote cool workout stuff, inspire you to get stronger, teach you new skills etc. That's another story–those are super inspiring!

For me, counting every calorie was very stressful. It took me so much time and made me super anxious.

I understand that reducing energy intake is important if you really want to lose fat, but if you keep your nutritional commitments in mind every day and learn to follow and listen to your body's signals, calorie counting may not be necessary.

If you're used to rely on certain number and don't trust yourself without typing every bite into your calorie counting app, letting it go is hard at first. It's not overnight success.

But eventually, you have to get there. Do you want to pull out your phone every time you're putting food in your mouth to log this bite in to your calorie tracker? Do you want to do it five years from now? How about ten years? Or when you're sixty? I don't think so. That's why I encourage you to let go of obsessive calorie counting.

Having said that, there are people who are very overweight, have no clue where to even start the weight loss, and have no idea how energy dense foods are. For them, it's important to learn the basics of energy density in foods and learn how to swap energy dense, but nutritionally poor foods for better things.

So many people punish themselves for over eating with extra exercise. In the past, I used to do that too, but I'm done with it. Now I train because I want to do great stuff, I want to learn to do handstands, I want to get stronger, and because all that just makes me feel so darn good.

People tell me that when I go to a vacation, all they see on Facebook is me working out and are concerned if I ever relax, chill at the beach and drink Mai Tais. Believe me, I do all that too (not a fan of Mai Tai though, but wine–occasionally, sure, winenot!) but working out is a must for me on a vacation. That's what makes the vacation even better.

Anyway, back to punishing yourself with workouts… You've gotta stop doing that.

Last week I heard another girl saying that she did a hard HIIT workout followed by a long run because she over indulged with food. Working out is great, but the reason why she did it was wrong!

Exercising should be fun, it should teach you new skills and get stronger and more capable, it should make you feel good! If eating food is the only reason why you work out, exercising will hardy ever be enjoyable. And that just makes me sad. Find the joy in exercising!

7. STOP Comparing Yourself to Other People

Other people lives look so awesome, don't they? And compared to them, yours looks… worthless.

That's what we tend to think, based on what we see, especially in social media.

But the truth is that we all have crappy days, also those people that seem to have it all together and that you admire for their awesomeness. But rarely anyone puts out pictures of their bloated belly, bad hair or a crappy workout, right? There's so much behind the scenes that we don't see, so there's no point of wishing someone else's life and comparing yours or you to others.

If you stop doing those seven things, you'll learn to focus more on your needs, your feelings, get to know your body better, trust yourself and appreciate you the way you are.

What do you think is the hardest thing to STOP doing?