The Problem With Body Positivity 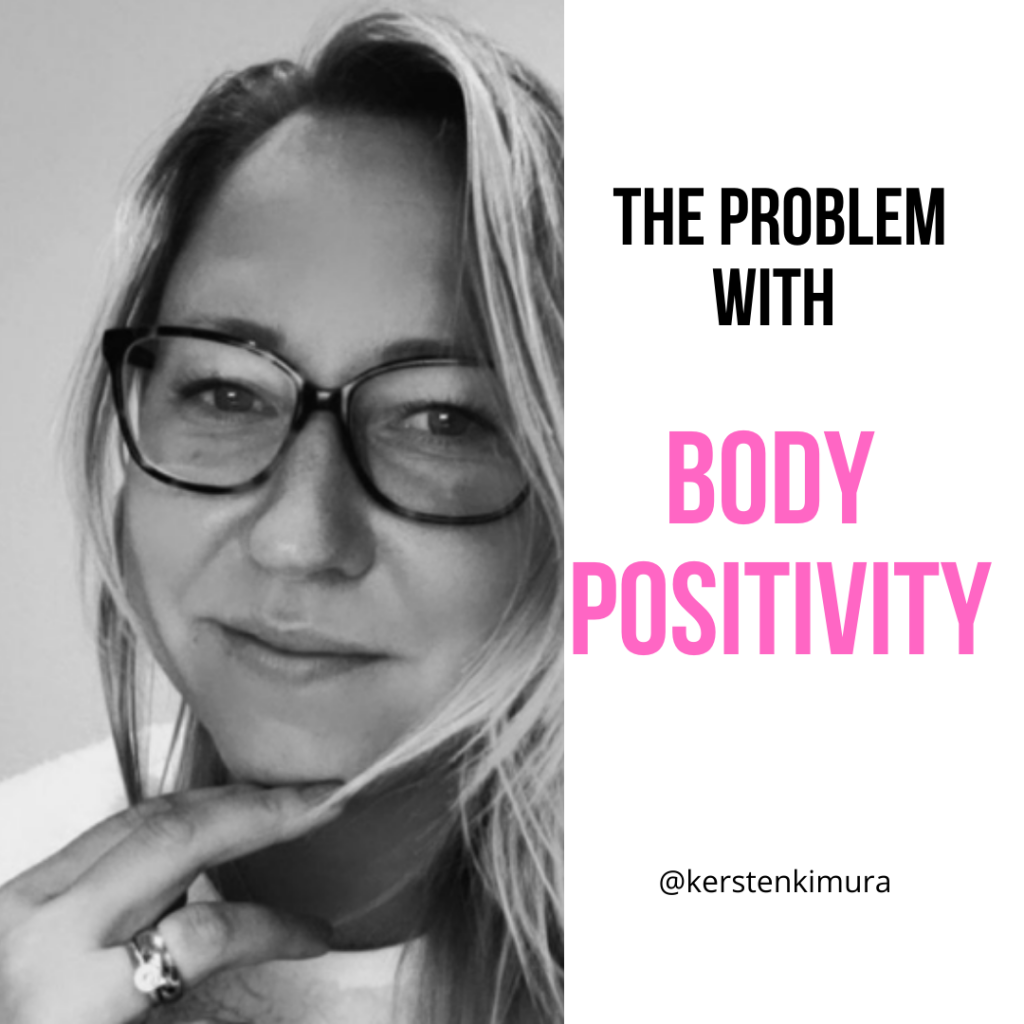 I Have An Issue With the Body Positivity Movement

In its current form, I don't like body positivity movement.

Yep, I said it. Maybe you wouldn't expect this from me but it would be dishonest of me to not say how I've been feeling about it lately.

I want to preface what I'm about to say by acknowledging that body positivity movement has done a lot of amazing things. There's more acceptance, normalizing of different sizes, shapes and colors… Is amazing.

But it becomes problematic when we start seeing statements like:
💫 Obesity isn't a problem. Obesity *doesn't exist*.
💫 Our weight has *nothing* to do with our health.
💫 *Everyone* who has a weight loss goal, has an eating disorder.

💫 *Everyone* who wants to change their physique is *obsessed* and has an *unhealthy relationship with themselves and food*.

I disagree with the above.

The idea of BP is great: Let's accept all bodies. No one should be treated differently based on their size. Do I agree with that? Absolutely, a hundred percent.

Do I also agree with the following:
✅ Under eating and severe calorie restriction are a big problem in our society? YES.

✅ Do I believe that under eating can cause bad health problems? OF COURSE.

✅ Do I believe that many cases, dieting does cause disordered eating? YES.
I've experienced all of the above myself too.

But is it true that *any* weight loss is bad, *everyone* who wants to change their body composition is a bad person, obesity doesn't exist and isn't a problem? NO. Can't agree with these statements that the body positivity movements often pushes on us.

I'm all about acceptance, but I'm not on board with the extremes that I see more and more of in the body positivity community.

The Real Magic Happens When We Find Balance

What happened to BALANCE? All the shades between black and white? TRUE acceptance? They still exist. There's so much more between the two extremes. Let's open our eyes to actual acceptance and positivity.

Thanks for understanding what I'm saying. Curious to know your thoughts!