You Have A Choice (Stop Making Excuses!) 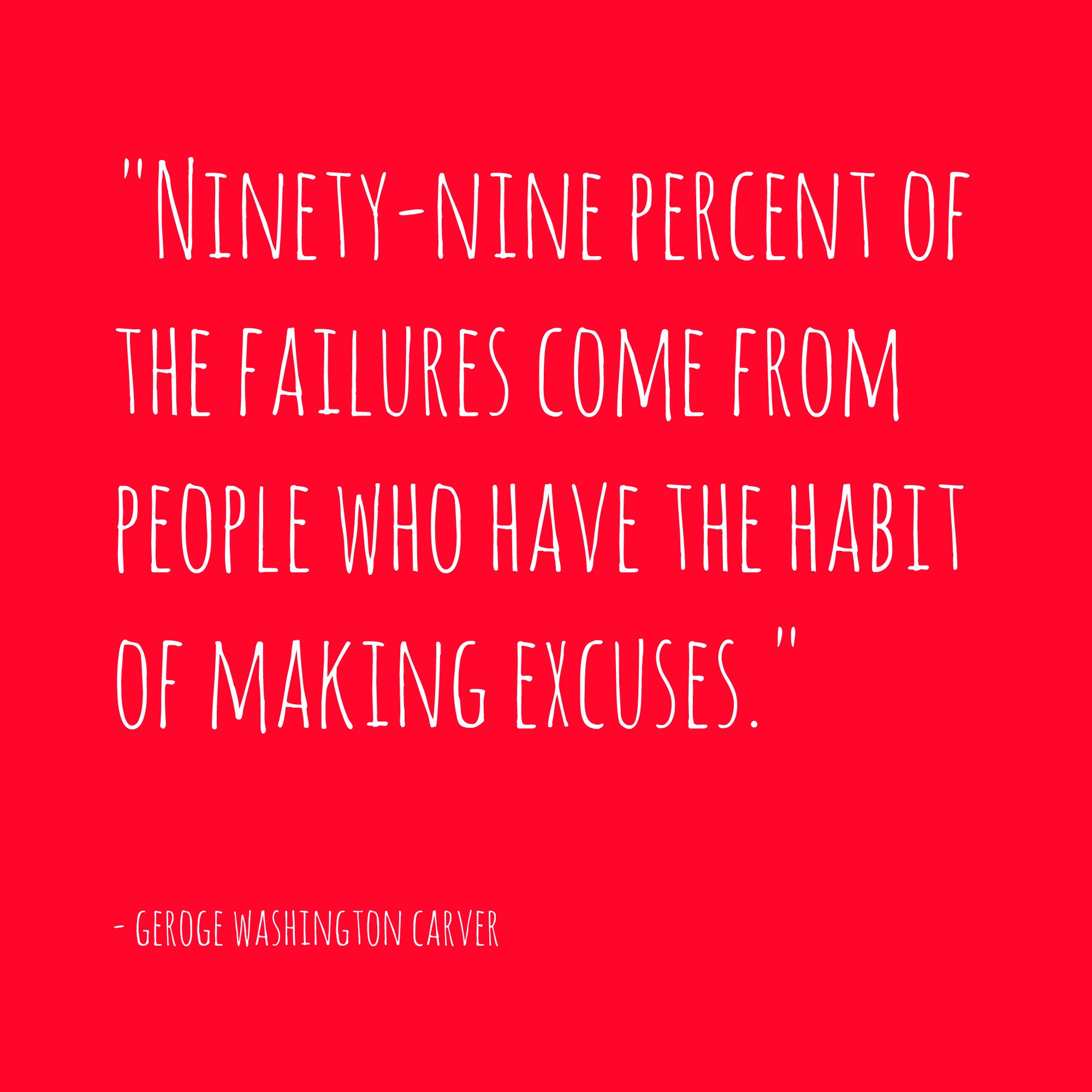 It's so easy to make excuses instead of actually taking action.

Making excuses is almost like a fun game: You can get super creative with coming up with all those things why you can't do X, W or Z. But whatever you want to change or improve in your life, you have to throw the excuses out of the window and take action.

Couple of weeks ago I had a discussion with someone who told me that he was worried about his weight constantly creeping up. He also had high cholesterol, high blood pressure and overall low energy. And his not even forty yet.

He used to be physically active and he had loved surfing. Then, as usual, life happened – marriage, kids, sedentary job…  All of a sudden, there were so many responsibilities and not enough time for taking care of himself.

He said that he is worried about his health, especially high blood pressure and growing midsection. High blood pressure runs in his family, so he is on medication already. And sure enough, it's frustrating if you want to do all the fun stuff with your kids, but you feel just so fatigued and tired.

All the Excuses: I Can Eat My Face Off At Night Because I Starved Myself All Day

As we were talking about it, he was snacking on his leafy greens salad with some fish for lunch. Sounds like a great choice for someone who tries to get rid of some excess bodyweight.

When he continued to tell that he has been making changes into his eating habits, I got excited. Until I heard what the healthier habits were: Skipping breakfast and lunch, saving calories for dinner.

If you have heard about intermittent fasting and know that that can be an awesome way of losing fat, then no, that wasn't exactly what he was doing. People who do intermittent fasting usually pay very close attention to what they eat, and they usually have awesome, real foods on their “feast”. Something that Abel James a.k.a Fat Burning Man recommends (read about it here).

But he is just starving himself all day, so by the time he gets home from work, he is absolutely famished. And this is where it goes wrong: He feels that he has the right to eat everything, also fast food and desserts, because he has been good all day.

Not the smartest thing to do. And the worst part, outside of suffering from growling stomach all day, is that he won't lose that weight with this approach.

More Excuses: I Don't Have 5 Minutes to Make Breakfast

I said that in my opinion, that's not the greatest idea, and explained why.  What's the point of not having anything for the whole day and then have a meal worth of 5000+ calories, plus a dessert, easily worth another 500-1000?

And the quality of calories… When they are coming from junk and desserts, you are not doing your body any service.

I know that it may be hard for some people to eat breakfast because they are simply not hungry in the morning, so I asked him if that's his case as well. He said that he wants to eat in the morning, but he just doesn't have time for it.

I suggested that he could fry 3-4 eggs for breakfast, which would take him about five minutes. Eating them would take another 5-7 minutes. He said it's still too much time.

I then suggested that he could make the breakfast the day before, maybe boil some eggs (I kept suggesting eggs because I think they really are the fastest thing that is healthy at the same time).

But I'm SO tired after I get home from work, was his response.

(Almost) Funny Excuses: I Have To Get Up To Walk To the Kitchen

If I asked why he doesn't have lunch, he said that food they are offered at work every day is crappy and unhealthy. So he will better skip that and wait another five hours until he gets home.

I asked if there is a grocery store where he could get something healthier. Sure enough, food options in Safeway or Lucky or whatever food store you may have close to you may not be all organic, GMO-free, locally produced and gluten free, but they don't have to be. You could buy couple of pieces of grilled salmon or chicken breast and a simple salad, which would be so much better options than a) have greasy pizza that is delivered to your work or b) starve yourself until you het home and then eat your face off.

But then I would have to get up and go buy this food, he said.

Yes, you are right, you really would have to do it…

I asked if he could bring leftovers from home to eat for lunch. And when he responded that But then I would have to get up from my desk, walk to the kitchen and reheat it, it got almost funny.

It's Not Your Priority

Except for that it wasn't really funny.

During our conversation, all my suggestions started with Maybe you could… and all his responses always with But then… He would always find an argument why not to do whatever I suggested, even if it was something as small as taking five minutes of his day to boil three eggs.

Even if we both laughed at the end of this conversation (because we tried to be nice to each other and because he is a friend of a friend), It wasn't actually all that funny.

It doesn't matter what you say, how simple you try things make to someone who says he wants to lose some weight and get into a better shape. If he isn't serious about it, you can't do anything about it. It's so incredibly easy to find excuses.

The truth is, improving his health simply wasn't his priority. If you are not motivated yourself, you won't make even one single change, no matter how easy it is. Unfortunately, this guy doesn't even realize how little effort it would take from him to see improvements in his blood markers, cholesterol, and weight.

It's About You and Your Loved Ones

I think there are two things that you have to consider when thinking about your health.

First, it's about you.

Are you happy with how you feel? How is your health? Would being in better shape help you to enjoy life more, try more fun things, feel strong, energized and get free from medications?

Of course, there are many health conditions that need medical treatment, but there are plenty of instances when people have reversed their health issues once they have changed their diet and started moving more.

Second, it's about people who need you and care about you.

Do you have kids? What about your husband or wife? Your parents? You are especially important for your kids, they are on your responsibility. It's not okay to be dependent on blood pressure medication if you can do something yourself to get off it. It's in your hands. It's your responsibility to do your best to be around when your kids grow up.

I absolutely understand that life is busy and it's hard to find time to exercise and eat 100 % properly. I don't think anyone is perfect in that. Life shouldn't be revolving around food and working out, and if it does, that's another unhealthy extreme.

But I wholeheartedly believe that even simple things can make a huge difference in your health. Just try and see how it goes. And if the old way really seemed better, it's always there.