Saturday Morning Bootcamp IX and The Rest of the Weekend 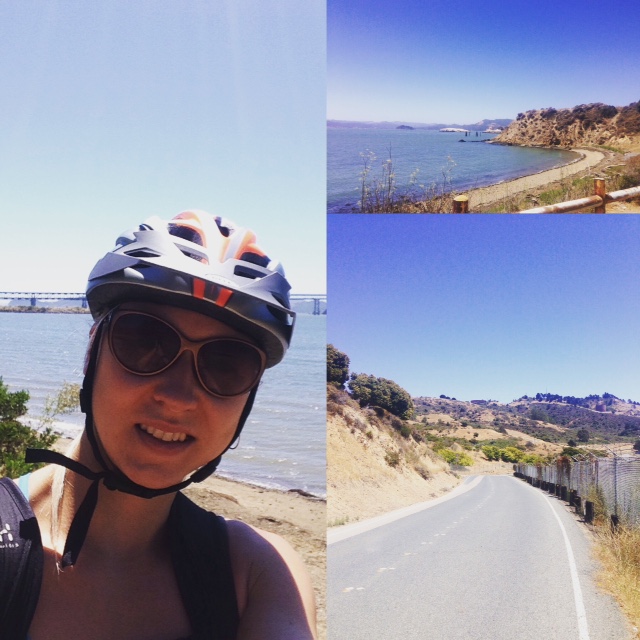 How's your Monday going so far? Hope you had a great weekend!

Here's a bit about mine:

On Saturday morning I taught a bootcamp class and worked out, before hosting some guests in the evening. Sunday was a rest day, but I still ended up moving around quite a bit to soak in some beautiful Bay Trail nature and gorgeous weather.

The theme of the last bootcamp of the week was Rise ‘n' Shine Bodyweight. Thirteen people came to the class, which is pretty high number, and it was fun! Also earlier that week, the classes were bigger than usually. Them more people, the better the energy in the class!

I've also noticed that on Saturdays, people are chattier and somehow more excited–there's definitely some anticipation of upcoming weekend in the air.

Part 1: Warm-up at the park

I did this workout the other day as my second workout. It may sound crazy–why would you workout twice a day, especially when I always say that working out shouldn't take your whole day?

I usually don't workout twice, but I like to move, and this mini workout is perfect to wake up the body that is tired from sitting all day, like mine was.

It's also great for a pre-workout warmup, so here's how to do it. Run to a park and in each corner, of it, do the following bodyweight sequence: 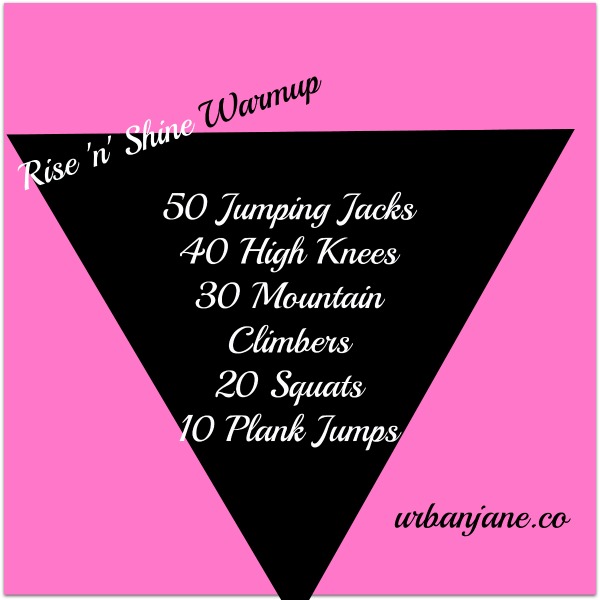 You end up doing the sequence through four times (in all four corners of the park).

After that, we got back to our gym for some serious burpee workout. It was very simple, yet pretty hard. The beauty is often in simplicity, right? 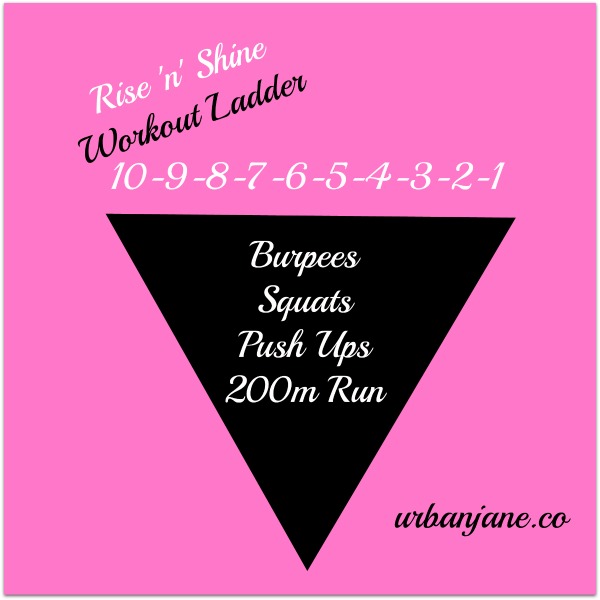 The initial plan was to do the whole ladder from 10 reps to 1 rep of each exercise, but to finish on time (and let people move on with their Saturdays!) we ended up cutting it a bit shorter and do it as a 15-minute AMRAP (as many rounds as possible) workout.

After finishing the class and practicing some handstands (unfortunately, it wasn't my best day), I headed to groceries to pick up some food. We had some guests over later, so we were getting ready by prepping some meals.

That included making fresh rolls for the first time. I absolutely love fresh avocado rolls and order them pretty much whenever we go to a Thai restaurant. I'm not sure which one I like more, the rolls itself or the peanut sauce that comes with it.. They're both amazing.

But until yesterday, I hadn't made fresh rolls myself, so I gave it a whirl. It takes some time to figure out how much filling to put in the rolls, because if  you put too much of it, it doesn't fit and folding the rice paper becomes a mess.

But the rest of it wasn't actually hard at all, and the rolls turned out really good. I only regret that I didn't take a proper picture of the whole plate of rolls! That's the only one I have. 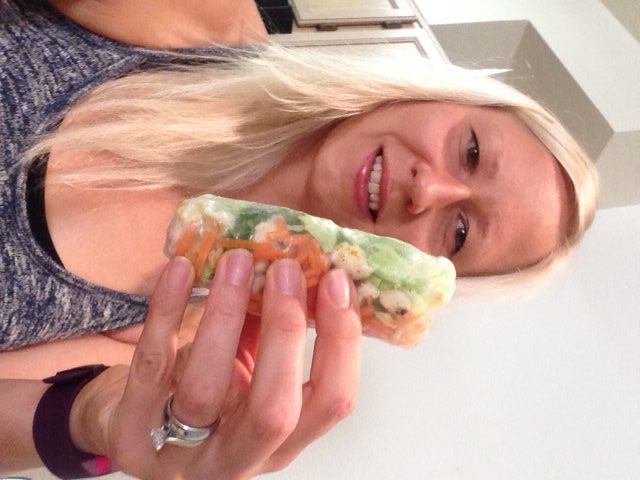 We had a great time hosting friends in our new home, and I sure enjoyed more than few glasses or sparking wine while hanging out with them. Good times!

After having worked out five or six days last week, I figured that I could do something lighter.

First thing in the morning, I studied a bit for my upcoming driving test, then checked out some facts about the Bay Trail. Bay Trail is a super nice path for walking, running and bike riding, and it covers a huge part of the Bay area. I knew it was long, but I had no idea that is as much as 500 miles!

We live really close to the trail and ride or walk it every day, but there are many areas I've never been before. So I brought my phone to have Google Maps in hand and to listen to some podcasts in case I happen to get bored (it didn't happen, but better to be prepared), and headed out.

I ended up riding about 2 hours and it was really, really beautiful out there. It was a rest day for me, but I still climbed some pretty steep hills and a few times had to get off from my bike and walk up. If you are or have been to Bay area, you know what I'm talking about. Active rest day at its best!

Speaking of Bay Trail, I've been working out on it multiple times a week. I see a lot of runners out there, most of them logging in long miles at the same pace… That's exactly what I used to do too, and of course, long steady runs are a necessary part of any long distance training.

But not every long run should look like this. In fact, running the exact same way every single time when I went out and trained was one of the worst mistakes that I made as a runner.

Consider mixing your runs up by adding some fun movements to it. For example, if you're running on a trail or path that has benches, stop at every bench (or every second or third bench) and do some sort of bodyweight exercise there. You can use the bench if you want to, but you can do so many other things as well, it's up to you.

For example, you could do a few dive bomber push ups, like here, or switch jumps and high knees, like here–anything that makes you vary your intensity and makes the run more interesting.

Running doesn't have to, and shouldn't be boring. The boredom is what often turns people off from even trying it. And I totally understand, especially yesterday when I got home from my running and bodyweight workout and saw people logging in miles on a treadmill at a gym near to my home. I'm pretty sure that if people went outside, tried running in fresh air, mixed the intensity of their run and kept it fun and interesting, working out wouldn't feel like drudgery.

This was my weekend in a nutshell! Tell me something about yours!