Saturday Bootcamp Workout IV and the Rest of the Weekend 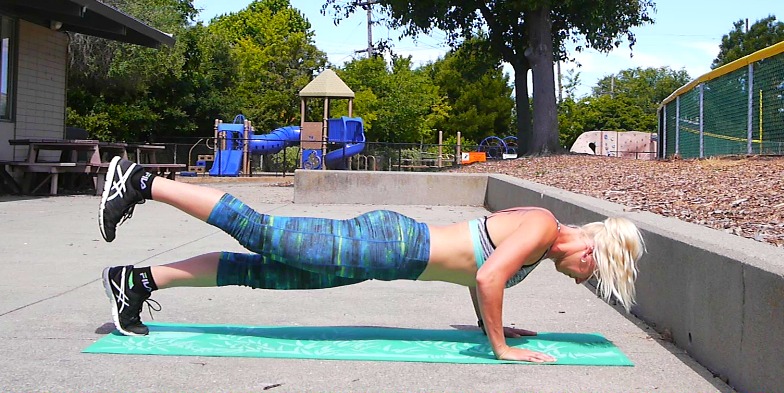 As usual, let's first talk about the Saturday morning bootcamp and then about the rest of the weekend.

Looks like it's safe to say that the summer is here, so we took a full advantage of the beautiful sunny weather on Saturday morning and did the whole bootcamp workout outside.

Not too long ago I wrote about how to make your push up workouts more interesting. Push ups are a great bodyweight exercise, but you can get bored with them if you do them always the exact same way. Check out this article to learn how to bring some variety to your push up workouts.

We warmed up by running some stairs and did some simple bodyweight exercises. After that, we did a “push up challenge”, which consisted of the following exercises:

I'm sure there's nothing new to you about regular push ups, but the other two may be new to you. So here's how to do them:

Start in a regular push up position. As you lower your body, lift one leg up. As you push yourself back up, put that leg back down. In the next rep, lift the other leg up.

This one is a serious burner! Start in a regular push up position. As you lower your body close to the ground, count to three (one, two, three). Slowly, like counting seconds! On three, stay at the lowest position. Stay there for two more counts (four, five) and on the last count (six), press yourself up.

This exercise will teach you to get to the lowest possible position in push up, which is the key to nice and most efficient push up. Because while HIIT workouts are about doing as many reps as possible, those reps have to be nice ones, so it's not only about rushing through them.

Here's how we did the push up challenge:

After the push up drill, a full body equipment-free workout was in order. We used a bench for this workout, but that's all we needed. 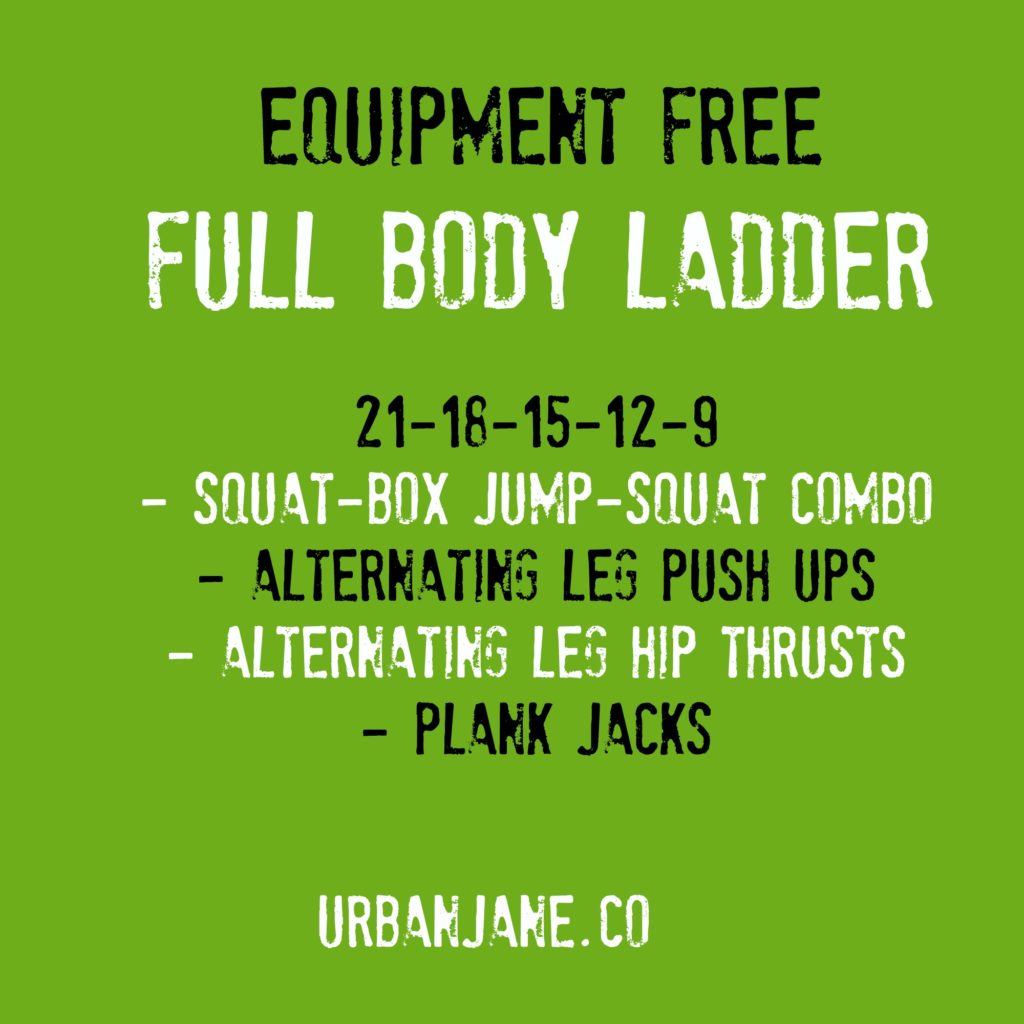 Keep working until the last round where you'll do 9 reps of each exercise.


Since there are a few newer exercises, let's go them through:

Stand in front of the bench. Do a squat, then jump on the bench and do another squat. That is one rep. Jump back down and repeat.

Start in a regular push up position. As you lower your body, lift one leg up. As you push yourself back up, put that leg back down. In the next rep, lift the other leg up.

Sit down, leaning the back against the bench. Lift your hips and one leg up in the air. Sit back down. Then, lift the hips up again and switch sides, lifting up the other leg. As you bring your hips up, really squeeze your butt. You know you're doing it right when you feel strong burn in your hamstrings and glutes and fatigue in your lower back!

If single leg thrusts are too hard, you don't have to lift the leg up at all, but be sure to still squeeze the butt.

The Rest of the Weekend

The rest of the weekend was nice as well. Usually I workout myself after teaching the Saturday morning bootcamp, but I really needed a rest day. I would lie if I said there wasn't a little debate going on inside of my head. I should go! I feel better afterwards!

But those thoughts didn't sound right. My body asked for rest, so I took it.

Instead, after work, a bunch of us headed to Lathrop for Baconfest. It was a fun event, and needless to say, you could buy and eat a million variations of bacon, from fried bacon and bacon pizza to bacon ice cream and cupcakes.

I do eat bacon once in a while–maybe once a week, but I'm not that big fan. I can take it or leave it. My sweet tooth has always been bigger than my tooth for anything savory. So I tried a few bites of some of those foods, but I enjoyed more of the company of good friends and sunny weather.

On Sunday, after I finished training my client, we headed out to catch some waves at Ocean Beach, San Francisco. Or to be correct, my husband went out to catch some waves, while I used this time to run at the Golden Gate park. I don't get to run there often, because it takes a good hour to get there from our house, but it's a beautiful park and perfect for running.

I got in a 8K run and when I got back to the beach, even jumped in the water. It was cold, 57F (13.8C)! I saw exactly three more people in the water. But cold water feels terrible just for a second–and it feels amazing afterwards, especially after a super sweaty run.

It was another weekend filled with a bit of work and plenty of quality time. I'm glad I took the Saturday off from working out–I'm learning to listen to my body more and more, and not pushing it if it doesn't feel right.

Try out this Saturday morning bootcamp workout. If you do, let me know how you liked it.

Have a great Monday!