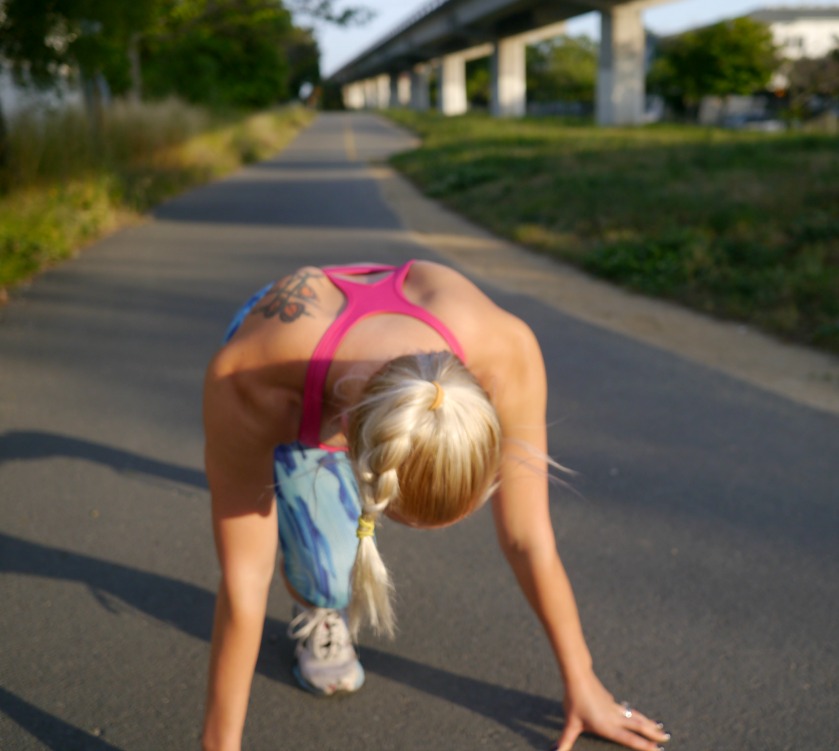 Earlier this week, I shared a post about some running mistakes that I made when I used to run a lot. If you missed it, you can check out it here.

Here's a quick summary or the running mistakes I made and discussed last time:

Mistake #1: Running to burn calories and lose weight, instead of focusing on running better. That's exactly what I eventually did, and believe me, this approach won't make you any faster on your races.

Mistake #2: Collecting “junk miles”, meaning, focusing on quantity (runs per week, mileage per workout) instead of quality (how well my runs went).

Mistake #4: Not getting enough rest. Consistency is a great thing and whenever you want to achieve something, you need to be consistent. But working out too much and completely ignoring your body's needs when it's tired is not going to make you any faster.

I have three more running mistakes to share with you. If you're making the same mistakes, it's time to change your running habits–because you're not getting faster or healthier if you keep repeating them.

My Running Mistakes: Not Doing Any Resistance Training

When you're an avid runner, and really and truly enjoy it, you may make the mistake of only running and neglecting any other kind of training. Because running feels good, who needs weights, right?

I thought so too, partly because I liked to run (most of the time…) but also because I thought that running is the only way to lose weight (see my running mistake #1).

Why do you need it?

For example, so-called runner's knee often occurs as a result of weak or tight hips and weak glutes. It could be avoided by focusing on strengthening those muscles a couple of times a week.

In addition to hips and glutes, also strong core is super important for runners. When your core is strong, you'll be able to maintain correct posture while running, which will help you to use the most efficient technique.

There are even more benefits that strength training gives you, like improved bone density and faster metabolism (due to bigger muscles–the more muscle, the higher the metabolism) which in turn leads to burning more body fat.

My Running Mistakes: Not Stretching Enough

I didn't really pay much attention to stretching, outside of occasional stretching classes I took on my rest days, or sometimes stretching in the evening in front of the TV. So, I did something, but definitely not enough.

I never thought I had any problems with flexibility, I actually considered myself as a fairly flexible person.

However, if you run six days a week but stretch only when you happen to remember it–which didn't happen all that often for me, your muscles get pretty tight. For runners, hamstrings are under the most pressure. They shorten and become tight, and one day you may realize that you used to be able to put your palms down when bending forward, but… not anymore.

My light bulb moment happened when I started to practice pistol squats. I realized that my tight hamstrings are the reason why I wasn't able to hold the other leg straight in front of me. It just wasn't happening, no matter how I tried to straighten it.

I'm not able to do pistol squats (yet) for mostly two reasons: 1) because I don't have the strength yet, which is because I never used to pay attention to strength training, and 2) because my hamstrings are tight.

Running didn't cause me disordered eating habits, but running for wrong reasons did.

Weight loss was my first goal, so I measured and calculated every singe bite I put into my mouth. I ate very carb heavy diet, never ate fat and I kept my body under a lot of stress by not eating enough calories.

My diet has changed a lot since then, and luckily I now know the value of fats. (Note: If you'd like to learn about healthy fats, be sure to check out my ebook about SMART fats–you find it right here on the right side of this page!)

Over the time, I developed a serious eating disorder that lasted for years.

It was a vicious cycle: I ran a lot, created a big energy deficiency and become very hungry. But because I didn't eat enough for six days, I finally ran out of willpower and purged all I could get my hands on on the seventh.

Then I would feel bad and depressed and the only way to make up for it was to run even more next week.

If you want to lose weight and train hard, don't cut your calories to minimum! Running at least an hour every day and eating only about 1200 calories a day gives you fast weight loss results at first, but you become hungrier and hungrier, and eventually, the willpower won't be enough and you “fall off the wagon” and eat all in sight.

Not to mention the performance–when you're depleted, your not going to crush PR-s.

I gave many years from my life to disordered eating habits. Don't do the same.

If you find yourself doing one or more of those mistakes that I did as a runner, please change it! Knowing that you're doing things wrong but not doing anything about it is not going to help you–you need to take action.

If your goal is to become better runner, you need to train smartly. It's not just quantity that matters, it's also quality. Remember to also strength train and stretch to keep your body in a good balance.

Last thing, don't let the food take over your life. It's easy to fall into that endless cycle of running more and more to eat less and less, but you can't keep doing that forever. Life shouldn't rotate around weight loss, diet and running.

Keep running fun–because that's what it is if you do it smartly!