Why The Pill Doesn’t Regulate Your Hormones and Periods 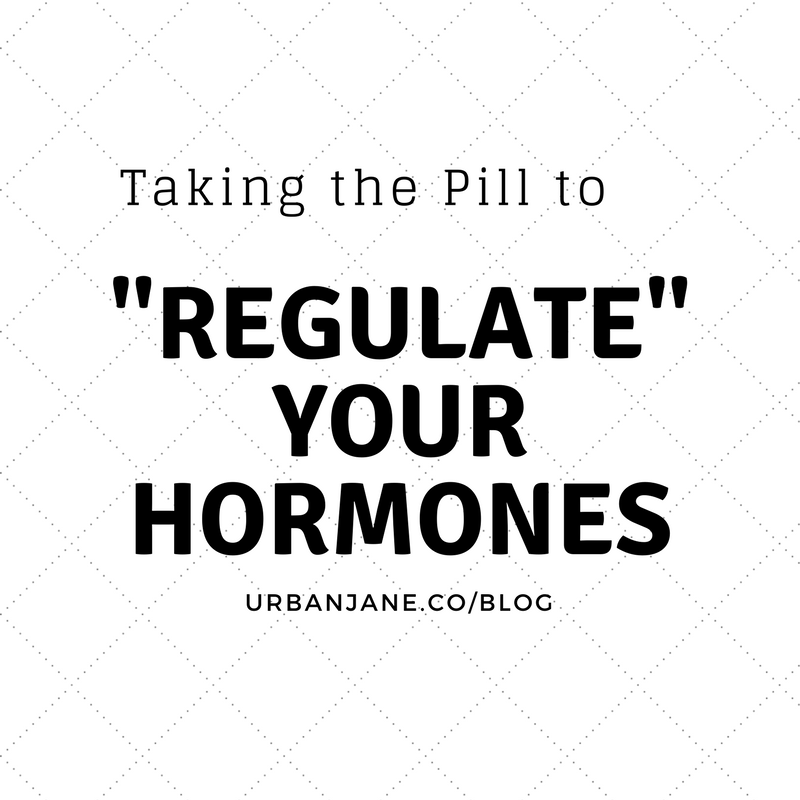 Someone recently asked me on Instagram: My doctor wants to put me back on the Pill to regulate my hormones and periods, but it doesn't seem right to me… What should I do?

Something told her that getting back on the Pill doesn't seem right… That's because it probably isn't.

The Pill can't regulate your hormones, or periods, because the hormones in the Pill aren't the same that your own body should be producing, and therefore, the bleed you get in your seven day window isn't a real period.

I want to share with you why I think this way, but first, please note that I'm not a doctor! Everything I have to say about periods, the Pill and other things related, are based on my own experience, on what other women have shared with me, and what I've learned myself by reading and listening different things. I hope to offer you insights but they shouldn't be used in place of professional medical advice or treatment.

When Contraception was Illegal…

Birth control pills were first created for couples so that they could avoid pregnancy, but the problem was this: Contraception was actually illegal. Any kind of contraception was illegal back in the day! A guy called Bill Baird was one of the pioneers who started talking about contraception in 1960s, but he was literally put in jail several times for even just talking about it. Once, he even gave one of his female student a condom… which was absolutely NOT okay back then.

And it was just about 50 years ago!

Anyway, because birth control pills were not supposed to be used to avoid pregnancy, doctors had to come up with better, legal reasons to prescribe them. So they did, prescribing them for regulating periods and fixing female issues… ahem…

Pill Hormones are Not the Same As Your Own Natural Hormones

This chapter of this post is based on Lara Briden's articles which you can find here and here.

The Pill was (and sometimes still is!) prescribed to regulate periods, but in reality, they don't do that.

The hormones found in the Pill and those your body should be making aren't the same thing.

Ethinyl estradiol is another synthetic hormone that is found in the Pill but is different from natural estradiol your body produces. The synthetic form has been associated with blood clotting and cancers…

It's not correct to say that you get the same hormones from the Pill that you would make if you were cycling naturally.

Natural and synthetic hormones have different, actually very opposite roles in the body. For example, if you have a normally functioning cycle (and your OWN hormones), then after ovulation, during the second half of your cycle, your body starts to make more progesterone. That's needed to prepare the uterus for fertilized egg. The synthetic hormone progestin does the opposite thing by stopping pregnancy, that's why it's also found in “emergency contraception” (the one you may have taken the next morning).

Your own natural hormones that your body should produce, and synthetic hormones found in the Pill, do different things in the body.

The hormones you make yourself, promote your health: If they're balanced, they help you have healthy skin and hair, clear thinking, strong bones, good mood, stable weight… The synthetic hormones have been shown to cause hair loss, dry skin and even anxiety and depression. You may have experienced those things when on the Pill and wondered why it is so!

That way, it's not correct to say that you can regulate your hormones by taking the Pill. The synthetic hormones you put in your body actually stop your own hormone production.

“But I Do Get My Period when I'm Taking the Pill!”

You may wonder that if these aren't real hormones you get on the Pill, then why do you get your period?

Actually, you don't get your period… Yes, you do bleed every month, but this isn't real period. No real hormones, no real period either.

The bleed you get when you're on birth control is caused by a sudden drop of hormones that happens during those seven days when you don't take the pill, or take placebo pills.

You may also think that your period is super regular because your “cycle” seems to always be 28 days long… That's not true either because the sequence (take the pill for 21 days, then skip it for 7; or take them for 28 day out of which the last 7 are hormone-free or placebo pills) is just set up that way so that it seems “normal” to you. The drug companies could choose any other number too if they wanted. It really doesn't matter because again, the bleed you get on the birth control pill doesn't have anything to do with your own hormones.

Coming Off the Birth Control Pill

Many women think that they're cycling normally when they're on the Pill, however they may stop taking it and realize that they don't get their period at all.

So, if you go to your doctor and he tells you should get on the Pill again to regulate your cycle… you should know that the Pill doesn't actually do that, and that the solution to getting your real period is to fix your health so that you start producing your own hormones again. And find a better contraception method!

Your body hasn't made its own hormones for a while and it just may not remember how to do it anymore. It may also be that your lifestyle has caused it so that you lost your period… Keep reading!

Why You May Have Lost Your Period?

Your period may have gone missing for several reasons. You could be pregnant… but you'd probably know that! You could have some sort of anatomical reason… and I bet you'd know that too.

But here's what happens to many women and what happened to me too: If you're physically very active, you're a “clean eater” and often on diets, you look super healthy and you're at normal or likely lower weight, the root cause of your problem might be right there. Your body is under too much pressure so it stopped normal hormone production altogether, or it's not producing as much as necessary to cycle the way it should.

Also, if you're mentally or emotionally stressed, your body lets you know by turning off some important functions, like hormone production, so you stop ovulating and menstruating. The stress can be caused by tough times at work, studying a lot for school, some kind of emergency in the family, etc. The cause is still same: Your body is under a lot of stress, which is why it's important to try to reduce it as much as possible.

Know that getting back to birth control pill isn't going to heal you. It's not a medication that will heal your overstressed body. It cannot give you hormones that only your body can make. Some people call it a band-aid solution, but band-aid at least does something that helps you heal… while the Pill really doesn't.

If you need support on your journey to recover from hypothalamic amenorrhea, you can apply for 1:1 coaching. You can also check out this course will tell you exactly what you need to do, in order to recover from it and take back your health!