From Obsessive Running to Healthy Running + My First Vlog 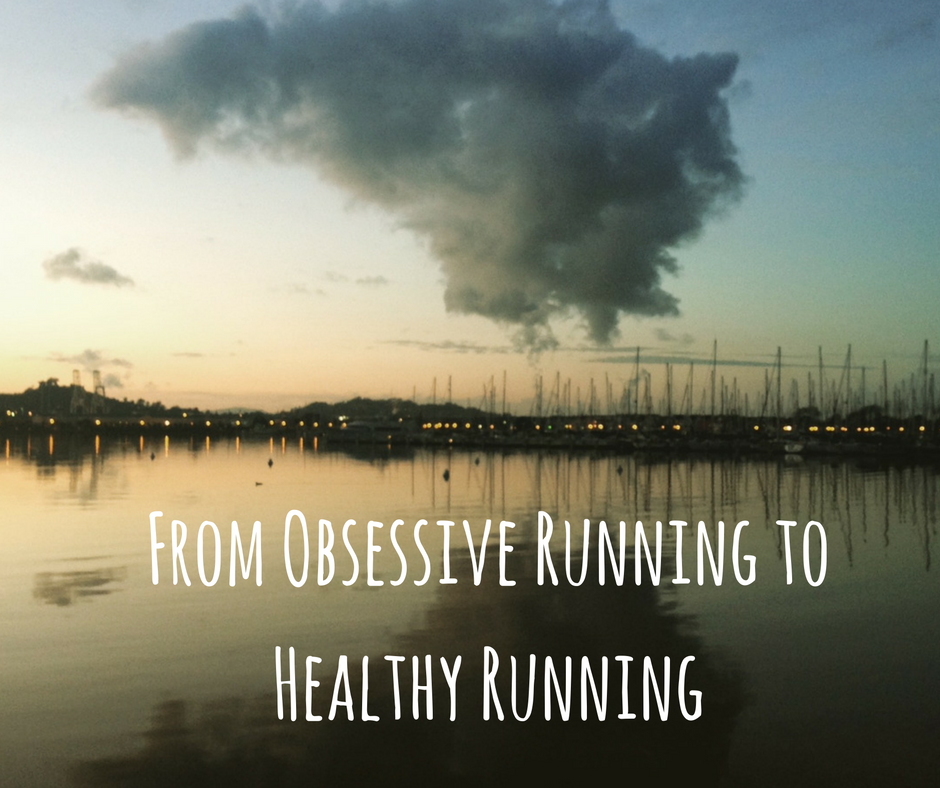 The other day, I came back from my evening run, filled with excitement and.. pure awesomeness.

But running hasn't always been like this for me.

It had been an amazing sunset run that I had thoroughly enjoyed. I was experiencing runner's high, for sure.

This experience was SO different from the way I used to run years ago.

I was so excited about it that I went ahead and made my first vlog about it. I had to talk it out!

If you check the video out, you'll see it's not nicely doctored, perfectly edited video where I go over bullet points that I had planned ahead.

No. I just sat down, hair sweaty, no makeup on, being exactly the way I was, and talked it out. Because I felt that I have to.

The goal of this vlog is to show how different running is for me today compared to what it was years ago, and to share things that taught me to learn running more.

I want to share with you how different it is now in my early thirties, as my goal is to be healthy and fit, compared to my early and mid twenties, when I believed that the number on the scale is the most important thing in the world, and something that determines my success. And running (and eating) were the ways to regulate that number.

You can watch and listen to my rant here:

If you don't have the time to check the video out, here's a short overview:

So, the other day I went out for a run. It was a beautiful evening somewhere before 5 o'clock. It had rained for couple of days but now finally cleared up. I knew I have to go outside as soon as the rain was over. I feel absolutely horrible when I have to stay in all day.

The sunset was magical, as you can see from the picture above. I was running, listening to a good podcast, and fully enjoying the fresh air, magical sunset, and it seemed that everyone around me were smiling.

It was almost like a meditation and I returned home feeling little bit high from endorphins. It was just so damn awesome.

Here's How It Used to Be…

This running experience was 180 degrees different from what many of my runs looked like years ago, when I was in my early twenties.

Here's how I used to run:

This moment was the highlight of the day that also determined how I'm going to feel the rest of the day.

From there on, my day went on the following way:

I got upset even if the scale showed 0.1 kg more than it was “supposed” to. I would panic: What did I do wrong? Where did I eat too much? I should have run more! etc etc.

Running Relieved My Stress… Or Did It?

I used to think about running as a stress reliever. And in a way, it really was. Back then, I was in a relationship that wasn't right for me and I also hated my job, so running offered me some time to be away from both of these things.

But at the same time, running also created me a lot of stress.

To put it correctly: Running, the way I used to do it, created me a lot of stress. I would get so upset with myself if I couldn't run for some reason or if the scale showed me a bigger number than I expected to see. I was addicted to my fitness tracker and for a while, I never left the house without it, because how would I then know how many calories I had burnt?

I was such a slave of numbers, like how many minutes or kilometers I had run, how much I weighed and how many calories I had burnt.

Getting Rid of Numbers

Now I go for a run when I feel like it and I don't have to force it. Because it's not something I have to do or else I go out of shape and put on weight. The world is not going to end if I weigh 62.1 kg or if I don't burn 500 calories on my run.

Actually, I don't weigh myself anymore at all. I don't have a scale in the house and I haven't missed it. I haven't stepped on one for who knows how long. Must be a few years now. Because I don't want to be a victim of numbers. I feel good, why should I weigh myself?

Another thing I don't look at anymore is my fitness tracker. I have one, but it's been broken for some time but I don't lose my mind because of that. At the very early stage of my running years, I would stare at the numbers all the time–kilometers, time, and of course, calories that I burnt.

Because I had to earn my breakfast, work off the wine, and make room for a piece of chocolate later…

Now my running doesn't depend on any numbers. I don't want to make same running mistakes I've made in the past.

How I Run Now

The way I run today is very different from the way I used to do it in the past, and there's no question which one I like better. There's no question about which one is healthier and more enjoyable, and actually reduces stress instead of creating more.

I go out for a run because it makes me feel great. I get to get my butt off the chair. I get to enjoy some much needed fresh air. I get to see the beautiful sunrise or sunset, listen to a podcast, think my own thoughts, and return from my run with positive emotions.

Here's how I feel about running now: It's my choice, not obligation. I'm no longer a slave of numbers on the scale or fitness tracker and my day is not ruined simply because of the 100 “extra” grams of bodyweight, which I thought was the result of not running enough or eating too much.

How about you? Have you ever been obsessed with running (or other way of exercising)?