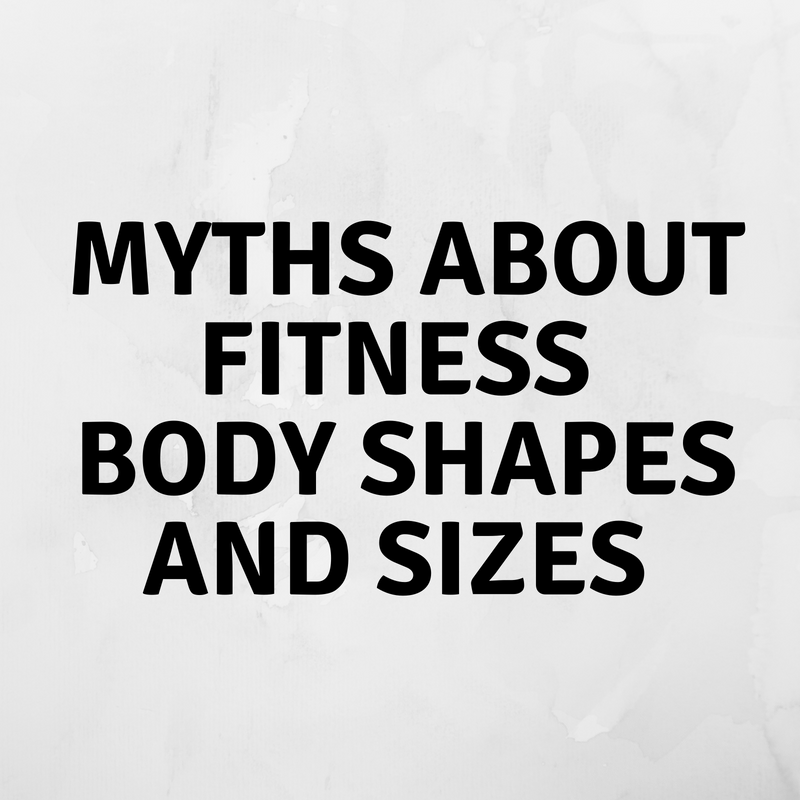 Many people judge other people's health and fitness, based on how these people look. It's not surprising, because we've been marketed and sold these ideas for as long as we can remember.

Have you ever seen bigger women on covers and pages of fitness magazines? Yes, maybe you have recently, and I think it's great that fitness and health magazines have become more inclusive that way. However, this is not what you see very often.

5 years ago, I certainly don't remember seeing other than string bean shaped women in fitness magazines!

Misbeliefs about fitness and body sizes

We've been taught that a bigger person can't be healthy, therefore, she's worthy of getting on a cover.

We've been taught that by every kilogram or pound we lose, we get healthier. At the same time, you may know that when recovering from hypothalamic amenorrhea or an eating disorder, that's exactly the opposite — the more you lose, the sicker you get, and the more you gain, the healthier you get.

We also think that all runners must look skinny, all weight lifters bulky, and all yoginis petite, for example.

There are no universal truths like that. Here are some more of the common misconceptions regarding someone's looks, health and physical capabilities, that I really feel like, we NEED to break.

I remember taking a few zumba classes years ago when I first moved to Berkeley. Our teacher was a bigger woman who, I back then, would also thought, can't be fit! Little did I know — when we started dancing, this woman was full of energy, jumping high and moving fast like no one else in the room, no matter how skinny or lean. She was clearly very fit, although her bigness may not match with our mainstream understanding of how a fit woman should look like.

She has visible abs, her core must be super strong!

Most people can diet their way down to very low body fat percentage, without working out at all. Low body fat is needed to have visible abs, what our culture is obsessed with, so if we eat too little, we can get there. Don't get me wrong — I would never encourage you to eat under your needs, because under eating will bring on a host of health issues that I don't wish for anyone.

But having low body fat percentage doesn't say anything about person's strength. You probably know someone who is either naturally skinny or has been under eating a lot, and has visible abs, but no strength.

If I start running, I will look like a runner!

People start training a certain way in hopes to achieve a certain look. For example, you may think that in order to get runner's thin, skinny body, you need to become a runner. The truth is that yes, you'll probably lose weight and muscle mass if all you do is run, but it doesn't mean that you're going to look like a typical runner.

When we think about marathon runners, then those people who have become runners, have done so because they already had a body type that fits the sport.

So much about our bodies is genetically built in and hard to change. If you've always had really wide hips and big booty, then by becoming a marathon runner, you may get smaller, but you still have the same shape.

She can't be strong, look how big she is!

Many people are really strong but because they don't have this stereotypical “fit looking” body, we assume that they can't be strong. But then they go and lift up a barbell that is 3x of their bodyweight, or do 10 pull ups without an eye blink.

You can never assume that someone is NOT strong, just because she has more fat on her body than what we “think” they should have.

You'll build lean, long muscles when you do X

I've seen this myth used in Barre and Pilates training, but maybe some other programs promise this as well: By doing this, you'll get long, lean muscles.

She's so lean, she must be super healthy!

Ooohhh, that was me! I was so lean and healthy that I became infertile, couldn't sleep, had brain fog and pooped twice a week because my digestion was messed up.

Too much is too much, although the fitness and diet industry always tell us that too much training isn't possible.

Leanness is not an indicator of health. I really hope that people start believing this. There are many people who are struggling with similar symptoms that I had all while training hard and under eating. When you explain them that too low bodyweight or fat are the reasons why they feel sick, exhausted and mentally stressed out, they don't want to believe me because again, we've led to believe that if you're lean, you're healthy.

Many lean people are healthy, but many aren't. A lot of people don't understand that calories are their friends, not their enemies. Calories give us energy, and constantly cutting them in order to be leaner, may NOT make them healthier.

There are many misconceptions around health and how we should look like. These misbeliefs play a big part in making people unhealthier, because people often want to take the fitness advice they see in magazines and social media, to the extreme.

Fitness isn't that complicated. Eating isn't either. It's not about getting the most perfect training plan in the world and counting every gram of carb that you eat.

We imagine that to be healthy, we need a six pack. Or we judge someone who is overweight, for being sick (how can we ever know without even talking to this person?), without knowing that this person could out sprint or out lift anyone in the same room.

We need more respect and less judgement, and most importantly, we need to take care of our OWN bodies by keeping them active (in moderation! And HA is an exception!) and feeding them good food.