My Legs Are So Strong! 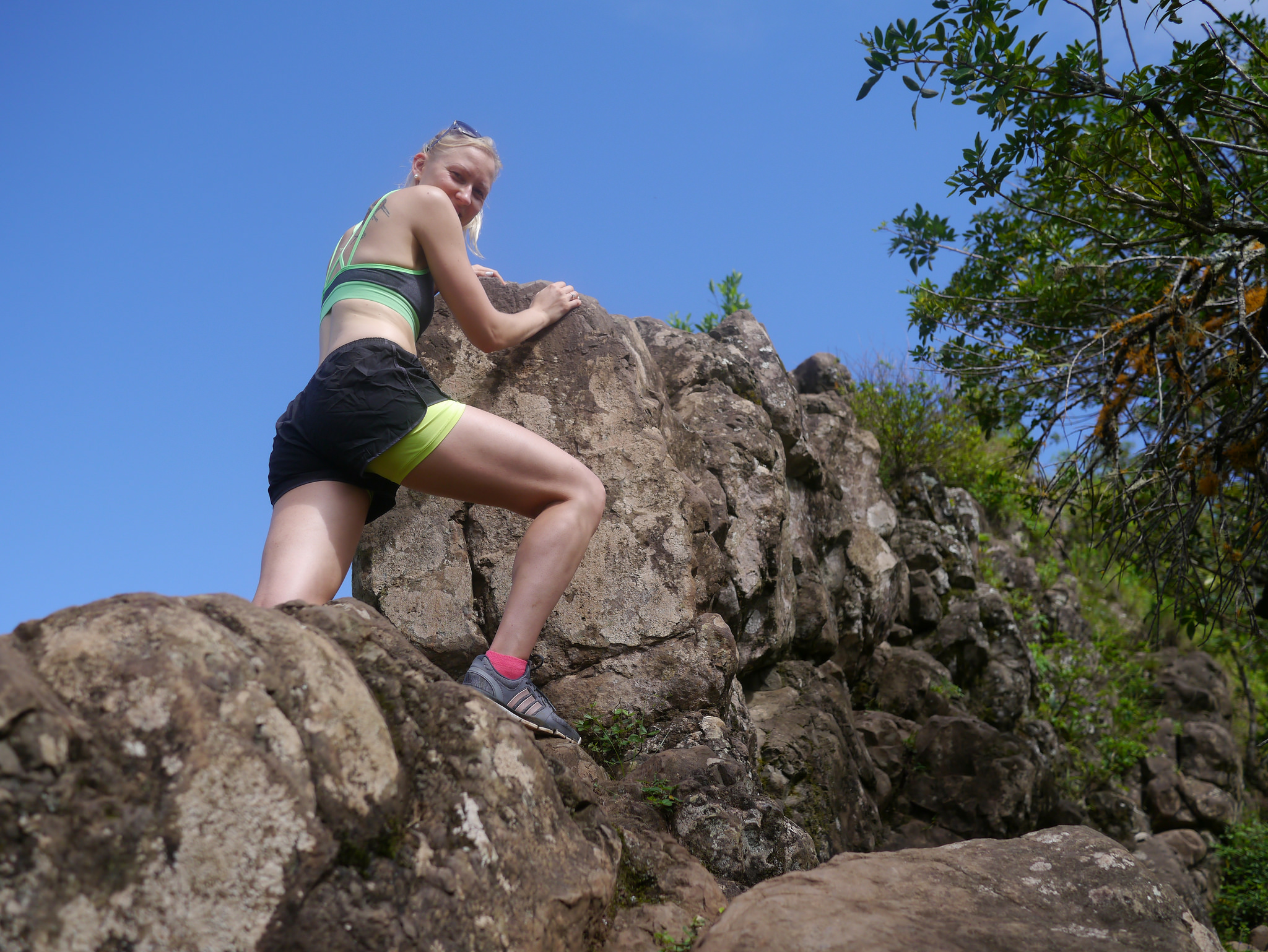 The other day, I had an interesting conversation with one of my clients. She had a total light bulb moment when she realized that she had become so much stronger than she was months ago, even though her weight loss hasn't been as fast has she has been expecting.

She was on a skiing trip with her husband and friends. Everybody in the group had been skiing for years and was more experienced than her. She wasn't bad or unexperienced either, but she had never been as strong and skilled on skis as the other people in the group.

She had always been the one to get tired faster than others. Also a knee injury and a surgery in the past had always left her a little uncomfortable and super careful when she was doing anything active.

As we met up after her trip to the Alps, she told me about this one long day of their ski trip:

One day when they were skiing, it was getting pretty late and dark. The ski lifts were about to be closed soon and they were still pretty far from their hotel. They had to be really fast to get back on time. After the long day on skis, it was definitely hard.

When they finally made it back to their hotel, everybody was exhausted and talked about how tired their legs were. That's when she realized: My legs feel okay! I must have gotten stronger, because I could have kept going even a little bit more!

Realizing how much stronger she had become was a great eye-opener for her. Even though one of her reasons for starting personal training was to lose weight, she had achieved something even better: Through the strength she had gained, she was actually able to enjoy her life more.

Weight loss, on the other hand, hasn't been as fast as she had hoped. And no doubt, she has been frustrated because of that. I know how she feels, because I used to be so addicted to my scale that the number it showed meant everything for me.

But isn't getting stronger and healthier so much more important than losing weight, especially when we know that the number on a scale doesn't necessarily say the whole truth about our health?

Training to Have More Fun Outside of the Workouts

One of the many reasons why I want to be strong and fit is to be able to do other fun things outside of my workouts. I'm a big fan of the outdoors, so doing many other activities that I like require being in a pretty good shape.

I have totally experienced situations in real life, in other words, outside of the workouts, where I could have used more strength. Likewise, I have had experiences where I was able to do something that I couldn't have done if I hadn't constantly been working out.

For example, last year we were hiking the gorgeous trail of Alamere Falls. The end part of the trail was very strenuous, and it took me some serious effort to be able to pull myself up on a cliff. I was really struggling, but I eventually, I was able to get up. This is where I could have used more upper body strength. I need more pull up practice!

Another time we were hiking even more strenuous Olomana trail in Hawaii. This one was extremely hard–not only did it require strength, but also a lot of good coordination and balance. One step in the wrong piece of rock, and I'm not too sure that I would be  writing this piece right now…

There have been several times when I have had to run my fastest to make it to the bus or train or walked miles and miles in the hilly San Francisco, because I got lost, or bring my kettlebells to the park to train my client. None of those things would be possible if I hadn't constantly trained.

One of the many positive side effects that you get from working out is definitely better looks–losing fat and gaining more lean muscle. Hundreds of people are spending hours in the gym every day to gain muscle or do a ton of cardio, in hopes to finally see their abs.

I don't think that there is anything wrong with appearance related goals. I wouldn't like to have too much body fat either, who would? Looking good and being sure that my clothes fit are important to me to feel good about myself.

However, focusing on being capable of doing things, getting stronger and learning more skills are way cooler goals! Honestly. I still remember the day when I did my first pull up and I've been really happy to see that my pistol squats are actually getting way better than they were some months ago.

Accomplishing these kind of goals bring so much more satisfaction than seeing a smaller number on a scale. Strength and skills are actually useful, when there's a next time that I have to pull myself up on a cliff or climb some rocks.

Working out shouldn't add stress to your life. Instead, it should add value to it. It should also let you to do more of those things in your life that you love and appreciate.

Staring the scale and putting yourself down because you haven't lost as much weight as you wished doesn't add value to your life but instead, causes you more stress.

When you realize that your legs have gotten so much stronger that you can easily keep up with super experienced skiers without getting tired, this is a true value. When you are able to go on a several hours long hilly hike where you have to work really hard to pull yourself up the rocks to see breathtaking views, that's true value too.

If you focus on those things first and forget about the scale for a bit, you will enjoy your workouts and life outside of them even more.