How We Overthink Conversations and Comments 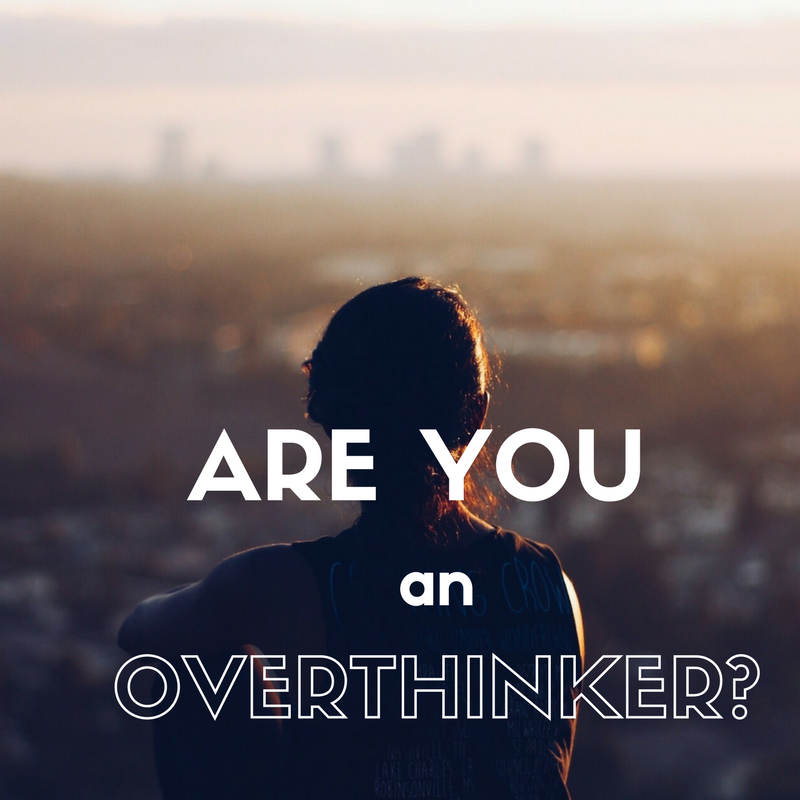 When weight gain happens, it makes us insecure, vulnerable, even scared. We think that everyone notices every little gram that we put on, and even more, judges us for it.

Don't believe everything you think… remember that?

Not too many people around us spend their time thinking about our weight gain. Still, as well as we may know it, when we put on weight, we start overanalyzing other people's words. Some of the following thoughts may cross your mind:

These are assumptions you're making for other people. However, isn't it strange to decide for other people, without having any evidence that this is what they really think?

I've seen girls who are on their first week of their recovery and they already say that people look at them differently. They automatically assume that it's because they have gained fat and look huge. In reality, no one may have even noticed the weight gain.

As hard as it may be believe, people don't pay attention to every gram you gain.

Sure, there are people who do notice your weight gain well. In fact, you may be one of these people who pays a lot of attention to other people's looks.

Do you (silently) judge your friends when they make “unhealthy” food choices? Do you have to hold yourself back from not giving them a lecture on trans fats when they eat a candy bar? Do you wonder, or discuss with someone, why this or that person has gained weight?

If you do, then there's a deep problem. You likely value yourself through your looks. In your mind, you're good only when you're thin. You're unworthy as soon as you put on a pound. Maybe you think about other people the same way.

My good friend told me recently about one of her friend who used to judge her a lot. She would tell her: You know I love you at every size, BUT I remember how you looked like when you were 15 lbs smaller!

To me, it doesn't sound like she loves her at every size. She seems to love her only when she's small. In fact, I don't think there's any love in this relationship whatsoever.

A person who loves her friend more when she is smaller, has serious problems with her self worth. If she feels that she isn't worthy, it's easier to “fix” her issues by forcing her body into this thinness mould, so she can fit in our society's expectations and.

It's easier than dealing with the mental crap that has occupied her head, her skewed value system, her beliefs, her insecurity.

When We Overanalyze People's Comments

These comments can be really hurtful.

But other times, nothing bad was meant, we just misunderstand them.

I used to be super vulnerable to other people's opinions. I thought that everyone saw my weight gain and talked about it. I was always over analyzing those words and making them mean something that they actually didn't.

I want to give you a few examples.

When I learned that part of the hypothalamic amenorrhea recovery is also relaxing more and sleeping more, I knew that there's one thing that made it nearly impossible for me, which was this: Once a week, I was teaching a really early morning class, and I had to get up 4.40 in the morning to get ready for it.

I couldn't sleep the night before; I was nervous that I won't get up on time. Every Monday, after a really poor sleep, I got to the gym, taught the class, and around 9, had a few private clients. In the afternoon, I had more clients and I finished my day teaching a language class at 8.30 in the evening.

That's a heck of a long workday, especially if you haven't slept all night.

I could have slept a bit during the day, but most of the time it didn't happen. As a result of all this, I was incredibly tired for the next three days, and up at 5 every morning. Just one day a week was enough to throw my entire week off.

I decided to give up that class, because I wanted to fully commit to my recovery. Luckily, another trainer was happy to do it for me. A few weeks later, everything changed magically. I was actually rested!

But, then I heard that people at the class were getting curious: IS SHE PREGNANT?

My first thought was of course this: I am so huge already, they think I'm expecting!

Then it came out that they were assuming this because they thought I need more sleep because I'm pregnant. Our other trainer had quit her morning classes few months ago, and she really was pregnant, so they immediately thought I'm pregnant too.

Yes, I had gained weight by then, so maybe it was noticeable–although it was maybe just 5-6 pounds (I think – I didn't weigh) which doesn't make a huge difference at 5'9”. Now as I think back to it, it makes sense that they thought I'm pregnant because I gave away that morning class.

I Didn't Recognize You!

One other time where I probably overanalyzed someone's comment also happened in the gym. I was setting things up for the bootcamp class to begin, when a woman who hadn't taken my class for months walked in.

It was a sunny day and she was wearing sunglasses. As she walked in to the gym, and saw me, she looked confused. After she had taken off her sunglasses and about three long seconds later, she said, Oh that's YOU! I didn't recognize you! The sun was so bright and when I walked into the gym, I was totally blinded!

Guess what my first thought was? She didn't recognize me because I am so fat now!

I started asking her questions like I was an FBI detective. Why didn't you recognize me? Was it really the sun? Do I look different? Why are you so surprised?

I was basically panicking.

She assured me that it really was the sun, and besides, I didn't usually teach on that day, so she was expecting to see the trainer I was covering.

Sure enough, I was about 10 lbs heavier than when she last saw me. But when I thought about it, I realized that 10 lbs can't make so big difference that you wouldn't recognize the other person! That can probably happen when you go from underweight to obese, but 10 lbs at 5'9”? Probably not.

Wasting mental energy on overanalyzing, comparing, worrying etc is extremely draining. I learn that more and more every day; I learn that when we get our minds right, we can do incredible things. When we don't internalize everything, we then have energy to do better, truly valuable things.

Keep in mind these things: Weight gain is inevitable when you want to recover from hypothalamic amenorrhea, but that doesn't mean that it's anyone's business, or that everyone will pay attention to it.

Most of the time, people have their own lives to take care of, and they don't spend days trying to figure out why YOU gained weight. If someone really says something negative about it, maybe you should feel sorry for them, because it reflects their broken value system.

Lastly, try not to over analyze every single thing you hear. People say things without thinking too much, and they don't usually mean anything, as seen from my examples. Most people aren't going through what you are, so they just don't know that they should be more careful with what they say.

Your turn: Do you overanalyze and internalize people's comments, making them mean something that they probably don't?

I have totally done that!!!