Key to Success: Willpower or Habits? 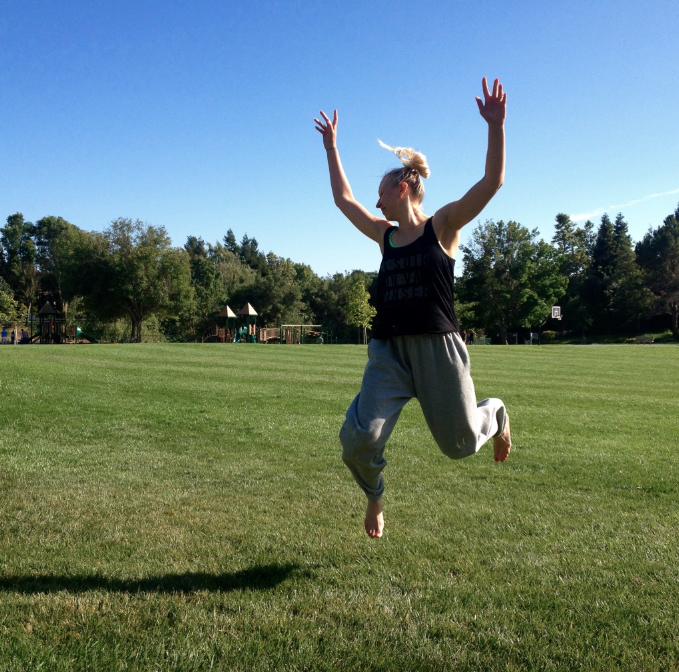 Many people think that it takes a crazy amount of willpower to get fit and healthy. It takes willpower to go and work out, willpower to eat veggies instead of junk food, willpower to resist all other temptations… But what really makes the difference are the habits.

There have been several studies on willpower. One of the most known is the one called The Chocolate and Radishes experiment.

People who participated in the Chocolate and Radishes experiment were asked to skip a meal before the experiment. When they entered the experiment room one person at a time, they were faced with two plates in front of them, one filled with radishes and other with freshly baked, warm chocolate cookies.

Half of those people were instructed to eat radishes and other half cookies. The goal of the experiment was to test people's willpower.

The experiment lasted five minutes. People who were told to eat a cookie couldn't have been happier eating fresh, warm cookies. The radish eaters were suffering, as you may imagine. What's a bowl of bitter roots next to fresh chocolate cookies, right?!

But that was just part one of the experiment. In part two, all participants were told to complete a puzzle. The puzzle was actually impossible to solve, but the participants didn't know it.

Here's where the study gets interesting. People who got to eat chocolate cookies, kept working really hard to solve the puzzle. No matter how stuck they were, they kept trying and trying, until the researcher told them to stop.

Radish eaters, however, got really frustrated with the puzzle from the very beginning. They would get upset and tell the experimenters that the whole test was a waste of time and that they were “sick of that stupid experiment”.

Here's the reason why people who were not allowed to eat any cookies, gave up so quickly on solving the puzzle: Their willpower was worn out.

It took a lot of energy and willpower from those poor radish eaters to constantly fight against the urge to eat a cookie. They wanted it, badly! When it was time to solve the puzzle, there was no way they could do it, because they had used up all mental resources and willpower capacity.

It comes out that willpower is a limited source, meaning that the more you use it, the less you have left.

People who got to eat cookies, on the other hand, didn't have to use their willpower at all during the experiment. So they had enough supplies to keep working hard to get the puzzle solved.

Willpower acts similarly to muscles. You can continuously strengthen it to make it better just like you do with your muscles, but you shouldn't overtrain it. If you want your legs to get stronger, you should do a bunch of squats and lunges, but if you do them every day with very heavy weight, the effect will be opposite: You overtrain, burn out and may not want to train for a while at all.

The same analogy works for eating. If you can't control your night time eating, this may be exactly why: Uncontrollable eating often happens because you've depleted your willpower resources by constantly using it (=restricting eating).

All day long, or even all week long, you restrict, restrict and restrict everything that doesn't fit into your list of “healthy, allowed, good-for-you” foods. You think that having a piece of chocolate automatically makes you bad, fat and unattractive. But because willpower is limited source, you will eventually break and fall, face first, into whatever it was that you actually wanted, but never allowed yourself to have.

While saving willpower is important, your success doesn't actually depend on how well you can resist all temptations. The key to success is actually to find the way to use less and less willpower, which can only be possible if you create good habits.

If you have strong habits, you don't need to use your willpower that much to decide whether to have a greasy pizza or veggies and steak for dinner. You automatically choose veggies and steak, without even thinking too much about it.

Of course, creating those key habits takes willpower, at least at first. That's why, if you want to succeed, choose one thing at a time that you want to change, and do it slowly.

Change One Habit at a Time

If you want to improve your body composition, you'll probably need to make changes into your eating habits and start exercising on a regular basis. It may be tempting to do it all right away: Decrease your daily calories to 1200 and start working out 7 days a week, if you were eating 2200 and worked out twice a week before.

You may think that this time it will be different, despite of having failed several times on a similar super restrictive plan…

If you try to make too many too extreme changes at once, you will rather sooner than later run out of willpower, plus you won't create sustainable habits. Besides, most of those extreme changes are also very unhealthy.

Take the slower route: Make it a habit of eating smaller portions, but so that you still stay full.

If you didn't eat vegetables before, create a habit of eating them at least once a day.

If you worked out twice a week, make it a habit of working out three.

These small changes, one at a time, will build strong habits. And if you have your habits dialed in, you don't need to use your willpower to make decisions like that.

Why We “Fail” in Evenings

Creating habits takes time. It's a process during what you need to use some willpower and mental energy to teach your body and mind new behaviours.

If you have to use a lot of mental energy and willpower to get through your day, you may be exhausted by the evening. For example, if you've resisted food all day, you want to–and maybe even feel that you deserve to–eat all you can at night. That's because there's not much willpower left, and of course because you're physically hungry.

If you know that you will be constantly using a lot of willpower throughout the day, try to workout in the morning. If you're absolutely drained, you're very likely to stay on the couch instead of getting up and heading out to exercise.

Use your willpower wisely and create habits that will pay off in a longer run.

Success doesn't often depend, or at least not only, on willpower. Habits matter more.

The beauty of creating habits is that once you have them nailed, you'll be able to run many things in your life on an autopilot. As a result, you don't even need to ask yourself whether you should or shouldn't go and work out or whether you should choose junk food or real food for dinner.