Have Your Treats to Stay Fit 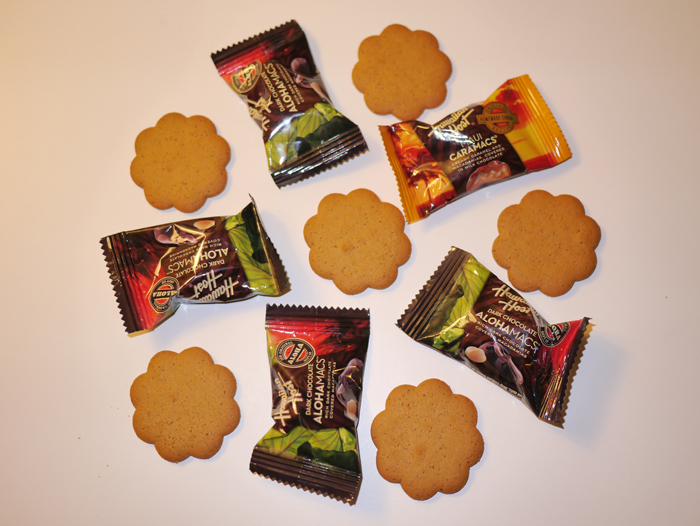 Eat treats to stay fit? That's a recommendation coming get from a fitness professional? Sounds totally counterintuitive. While there are personal trainers and fitness professionals who advise you to give up all sweet treats, all junk food, all sugar and all fat, I'm not one of them. I believe that having your favorite foods can actually help you to stay healthy and fit, both physically and mentally.

I have always had a pretty big sweet tooth. When I was younger, I got piles of chocolate for every birthday, because my friends and family knew that that's what I love the most.

This pile of sweets would have lasted for a month for anyone else. For me, no. I had pretty much polished off my chocolates by the third day.

My mom still reminds me (and also tells everyone who wants to have a good laugh) that she wasn't able to keep even raisins and honey in the kitchen, because they always disappeared extremely quickly, and nobody knew how…

No Treats or All the Treats

Back then, my sweet tooth wasn't a problem, because I was young and physically very active. I would eat what I wanted when I wanted. I was always in the same weight – about 136-138 lbs at 5'9”. I wasn't skinny, I wasn't fat, but I was athletic and looked and felt good.

When I went to college, I didn't move that much anymore, but still ate the same amount of treats. The result? During the first year, I gained probably about 20 pounds. I didn't go to parties or drink or ate fast food, so it wasn't your typical “freshman 15”. Back then, I didn't almost drink any alcohol at all and fast food has never been appealing to me, so my weight gain was purely the result of eating sweets and moving less.

Simple math says that the number of calories I consumed was way higher than what I was burning.

Then came the insane Weight Watching, calorie counting and food obsessing time that lasted for years. During those years, I went to another extreme. I refused to eat pretty much any sweets. Sometimes, very seldom though, I had one Weight Watchers “2 points” chocolate bar (which tasted surprisingly good, but I never paid attention to what it had in it – not anything that I was worried about back then).

But most of the time, my relationship with sweets was either-or:

Had no treats at all, because I didn't want to “ruin” my diet.

After not having any treats for some time, I gave up and ate all the sweets in the house, followed by all the other foods in the fridge, followed by going to the store and buy some more.

That was sick. This bingeing was insane and absolutely drove me crazy.

It took me years, but guess what: I can now have all my favorite foods in the kitchen cabinet and most of the time, I'm able to stay sane around them. We all eat more than we should time to time, and that's absolutely normal. Because we are people and not robots.

But what does being sane around food mean to me? Here are couple of examples:

I can have 1-5 candies and leave the rest of them in the kitchen cabinet.

I can have 4 Quest Bars in the house and eat only one of them.

A jar of peanut butter now lasts 3 weeks instead of 3 days.

None of those things wouldn't have been possible even three years ago. They are now. My thoughts are no longer revolving around the foods that I have in the kitchen cabinet. I don't have to get rid of them, either by throwing them away of eating them all to be “done” with them, so I could focus on other things.

Here's what I currently have in my kitchen cabinet. That's a lot of stuff, I know. But that's what your friends and family send you for Christmas when you live that far away 🙂

Here's what I have at home right now:

Did you notice that that's what we got for Christmas? That makes almost 4 weeks by now. And it's not that I haven't touched anything since Christmas; yes I (we) have. Four weeks ago, there used to be couple of chocolate bars and one bag of cookies more.

Now to the part that may sound counterintuitive or even insane for some people. The fact that I am eating treats, and having something sweet almost every day, helps me to maintain the physique and healthy mind that I am happy with.

So, aren't you supposed to be on a diet all the time and avoid sweets to be fit?

I don't think so.

I think that if you are a bodybuilder and need to have your body fat percentage around 12, then yes, you have to be extremely strict with your diet. However, many people who have chosen to compete in bodybuilding, pay pretty high price for it after the show is over, by eating all of the things that they couldn't have while they were preparing for the show.

But I am not a bodybuilder. I'm a simple person who's goals are to stay in shape so that I feel and look good for myself and do things that make me happy. It has nothing to do with other people's ideals and nobody is giving me points based on my looks.

Having my treats once in a while lets me do that. If I have a bit of chocolate and don't wait until I go insane from depriving, I don't get to a point where I want to eat everything, so it keeps me from bingeing again.

Eating a treat every once in a while also keeps my mind sane. If you have ever binged, you know how horrible it makes you feel, not only physically but also mentally. How many times did I tell myself that this was my last binge? I'm sure it was hundreds.

So, there I was: After I had restricted everything, I eventually binged my face off, which always left me feeling like I was the weakest person in the world. I felt gross about myself and thought that I have no willpower at all.

If you have been in this cycle, you know how your mood swings, depending on what you ate or didn't eat: When you restrict and deprive, part of you is happy because you were “good”, but other part of you is mad, because you can't eat you really want. When you binge, you are mad, upset, angry and disappointed in yourself.

My mood is so much better now when my life is not revolving around food. Because I have no reason to beat myself up for bingeing, I have no horrible mood swings. Try it if you don't believe me.

How Much Sweets Do I Eat Every Day

I really want to stress eating something sweet nearly every day doesn't mean living on cupcakes. That's not how it goes at all.

Usually, I don't eat a full bag of candy or a box of cookies in one sitting. I'm saying usually, because there are times when I do have a whole chocolate bar. Sometimes. I don't know how often, but maybe once in three months. It's not a daily, weekly or even a monthly thing.

To give you a better idea of how much sweets I eat every day, here's what I have had in the past three days:

That's pretty much what it looks like nowadays. And I feel completely good and satisfied with it.

Let's Do Some Math: Reasonable Indulging vs Bingeing

In general, I don't count calories. But I want to put some numbers on black and white to show you how reasonable indulging seven days a week pays off, compared to bingeing BIG TIME once a week.

My daily indulgences are worth of 150-300 calories every day, which makes 1050-2100 calories a week. When you compare it to a typical binge episode, when you may end up eating thousands of calories, you see that the difference is remarkable.

That's more than 3000 calories already, and unfortunately, a lot of times it doesn't even stop there. Add some ice cream, Oreos and couple of glasses of wine and you end up with over 5000 calories.

If you do that even just once a week, it can be about five times more that you would have eaten if you had had your one to two daily treats.

And that's just thy physical side of it. The mental benefits that you get when you are not beating yourself up, not blaming yourself and not feeling that you failed again, are huge.

It may be surprising for you, but eating sweets can help you to stay in a good shape. I can't tell you how much this approach has helped me. You may fail at first, but you will figure it out.

I don't deny that I do have days when I do eat the whole bar of chocolate. I think the last time it happened was about two weeks ago when I ate a bar of Toblerone over the course of one hour. But I didn't keep stuffing myself after this bar was gone, even though I had enough food around me that would have been easy to use for that.

This chocolate bar was just something that I needed at this moment. That's fine. Moving on. I didn't spend the next day constantly thinking about it.

The mental freedom is huge when you let go of these restrictive habits and understand that we all need some treats once in a while. If you stop treating foods like enemies, you will find the normal relationship with it again.