From Obsessed to Healthy: Her Success Story Will Inspire You! 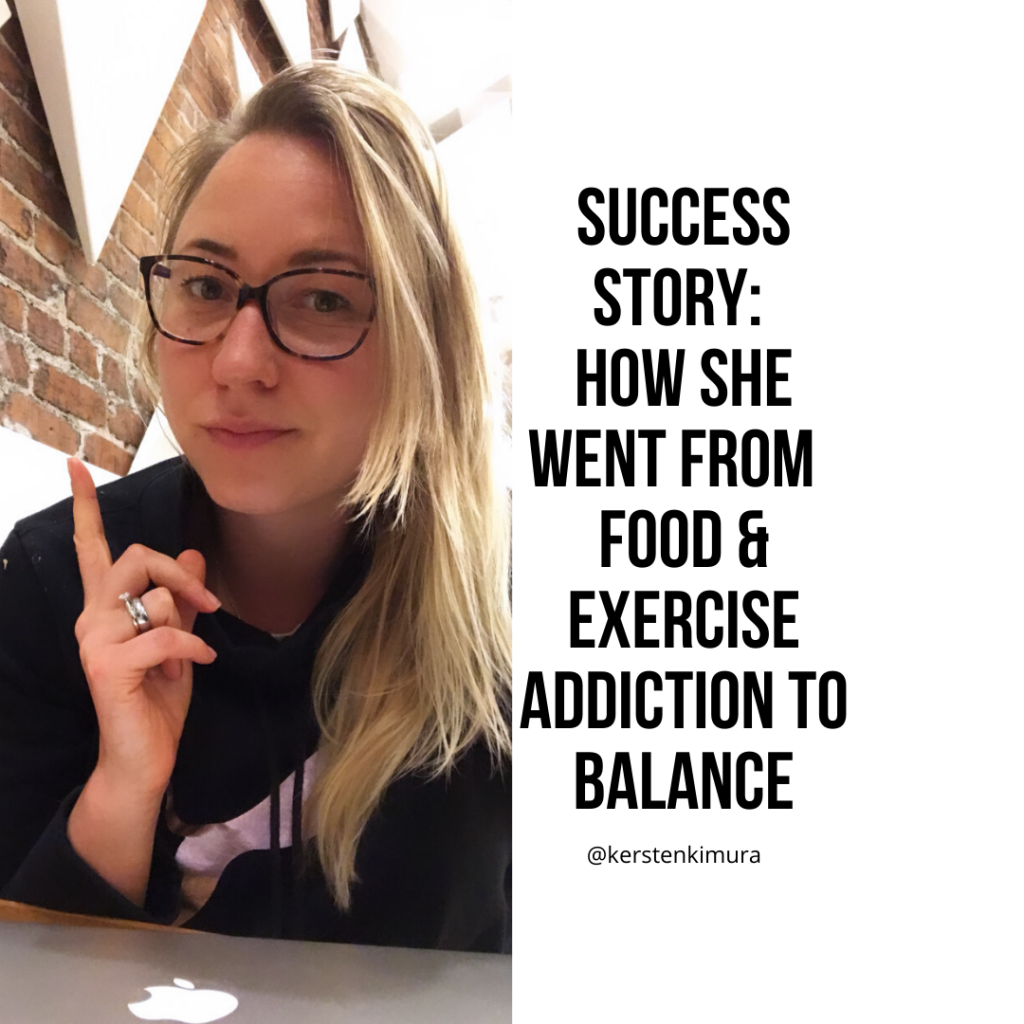 Can you go from being completely obsessed with food and addicted to exercise, to obsession-free eating and healthy exercise?

Yes you can! Watch today's video to see how that was possible for my client Keri. I've also typed it up below if you'd like to read it instead!

Keri came to me when nothing else she had tried, was working. She had tried losing weight but always done so with extreme diets. She would never allow herself rest days. She would get cravings, worry about food, prepare separate meals for her family and herself, dread going out with friends because she didn't want to eat with them…

After 12 weeks of work together, her take on food and fitness has completely changed.

Here's what she was able to achieve:

She Doesn't Weigh Herself Anymore

She finds that weighing caused her a lot of anxiety and obviously, she didn't want that in her life.

Now, she says: I don't care how much I weigh as long as I feel good.

She's so right, because our bodyweight is not a good indicator of our health at all. I am not saying that no one should ever want to lose weight. But for her, weight loss was unnecessary, and all the methods she had tried simply didn't add any value to her life. For her, it was better to stop weighing herself, learn to eat normally, and she feels happier.

She Is No Longer Tracking Her Macronutrients and Calories

In order to start feeling more free, she had to let go of trackig. From what I've seen, tracking calories is at least somewhat stressful for most people that I've worked with.

Keri found that when she stopped tracking her calories and macros, she had more time. But that doesn't mean that her eating is somehow “all over the place” now — she says that she's balancing out her macros at most meals. Instead of tracking macros, she's now objectively looking at her plate and making sure that there are all three macronutrients. That's truly balanced approach!

She also had sleep issues which got so much better after some tweaks to her nutrition. We increased her carbohydrates and added some fat to her before bed snack, and her sleep is so much better.

She Can Go Out to Eat

Keri says that her social life is so much better because she can finally go out and enjoy meals with friends.

Going out used to cause her so much anxiety, but not anymore. But she also says that she doesn't eat beyond full, so it's not about eating until you no longer can. It's about learning what moderation means and practicing it often.

Keri loves working out and does it regularly, but just like anyone else, she too has days when she is tired and don't feel like it. It's okay to take a rest day! She has learned that if she rests, she probably has better energy the next day, and she works out then. This is much better than working out exhausted, because that way, the exhaustion gets only worse. We can't get better if we continue to do the thing that made us tired.

Also, she's okay if she has to take a day off. Sure, working out is important but it isn't all our lives are about.

I hope you found Keri's story inspiring! You can watch sharing her story in her words, here.

She has so much more freedom now that she has never had, and she is healthier than ever.

You can read more inspiring stories like this, here.