Brandi’s Hypothalamic Amenorrhea Recovery Story: “It Wasn’t As Scary As I Thought” 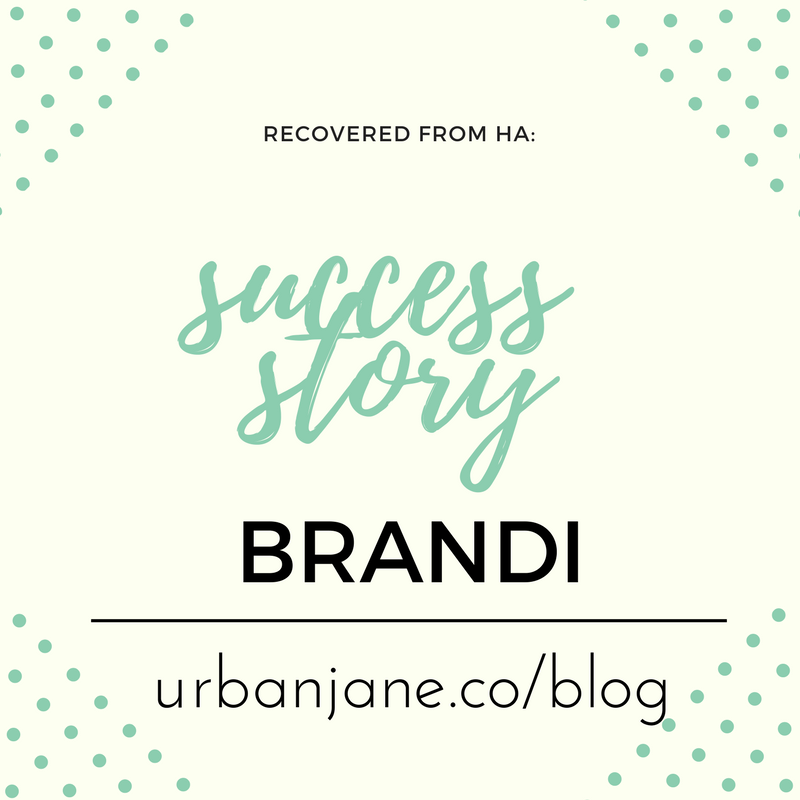 Today I have another really cool recovery story to share with you.

Today's success story is from Brandi. Brandi and I clicked really well right the first time we chatted (on the Internet), and I instantly realized that we are super similar. I hope you enjoy reading her story as much as I did.

If you've just realized that you have hypothalamic amenorrhea too, download this quick guide that teaches you exactly how to eat to get your period back.

Brandi's story is actually really funny at times (just wait until you get to the running while pushing the lawn mower part!) and I love how openly Brandi talks about it.

The goal of posting these recovery stories is to support all of us who we are in the same boat. We all struggle at some points during the hypothalamic amenorrhea recovery, and we could all use some support.

If you missed the first success story, you can find it here:

Before we jump in to Brandi's story, here are some facts about her recovery: 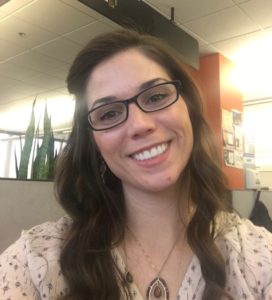 Brandi, when did you realise that you had hypothalamic amenorrhea?

My official HA diagnosis was given in October, 2016, six months after stopping the pill. I was quite anxious about not having my period most of that time. Three months in, my Dr. ordered a full blood panel, including hormone levels, but she didn't seem worried about the results as it can take several months for cycles to return.

I had a gut feeling that there was something more going on, but what? At six months, when my hormone levels were still in the post menopausal range, my Dr. referred me to a Reproductive Endocrinologist for further evaluation.

How much did you exercise before finding out you had hypothalamic amenorrhea?

I used to exercise at least once a day and didn’t give myself any rest days. I was always trying to turn any activity into exercise… trying to run while pushing a lawn mower is not normal. 🙂

[tweet_box design=”default”]I turned any activity into exercise. I even tried to run while pushing a lawn mower.[/tweet_box]

Throughout recovery, I didn't completely quit exercising. I started by slowly reducing to every other day and my RE eventually told me no more than three times a week. That continued to dwindle until I was at one HIIT and only walking.

I started to get more signs of approaching ovulation and cut out the HIIT. Two weeks later I ovulated. However, I've maintained at least one HIIT per week since.

Did you ever restrict calories and / or lost a lot of weight?

My relationship with food was an extremely controlled one. I tracked everything and had macro / calorie restrictions. I weighed lettuce to the gram…LETTUCE. Who does that?!

I tried to live off of 1200 calories per day, regardless of exercise, and often had thoughts of “is this how I have to live the rest of my life?” It was an exhausting way to live, but I did it.

[tweet_box design=”default”]I was often thinking, is this how I have to live the rest of my life?[/tweet_box]

I have lost weight throughout my life, but I never considered it significant. When I started college, I gained 10-15 lbs and lost it after college when my regular exercise routine started. It was over a period of nine months that I lost 15 lbs and maintained that weight, 140 lbs (+/- 5 lbs) for eight years.

In the height of HA, and right before diagnosis, I dropped 10 lbs in four weeks to my lowest weight, which wasn’t maintained due to diagnosis.

What was your main reason to start recovery?

My future health and future fertility. Even though we weren’t trying to conceive, I was terrified of never being able to conceive or having difficulties later when we really wanted to have a baby.

Once you realized that you’ll need to stop exercise and eat more, what was your first reaction?

I first found out about my HA diagnosis when my Dr. specifically called me in to her office for a discussion. She sat me down and asked if I had a relationship with food. At the time, I had no idea what she meant because I was not anorexic or bulimic so in my mind nothing was wrong. She then asked if I was OK with gaining a little weight and my exact response was, “I don’t know, but I’ll think about it”.

[tweet_box design=”default”]I thought lost periods due to weight and exercise only happened to Olympic athletes.[/tweet_box]

I thought lost periods due to weight and exercise only happened to Olympic athletes and there was no way my completely healthy, normal body was under too much stress. I was in complete denial. In fact, immediately after that appointment, I went for a run as a way to cope with the news…notice any red flags here?

[tweet_box design=”default”]Immediately after hearing that I have to put on some weight, I went for a run. [/tweet_box]

Did you cut out all exercise or kept doing some?

I did not completely cut out exercise right away, but in hindsight, I wish I had. My periods probably would have returned much sooner if I’d just cut it out.

How have your eating habits changed?

At first, I tried to control the weight gain and slowly add in more food, but once I finally accepted what I had to do, I just ate all the things.

Before, I planned all meals according to macros and calories, a day in advance and that was all I was allowed. After, I just ate for the sake of eating. It didn’t matter whether I was hungry or full, if I wanted nine cookies, I ate nine cookies. This all took place during the holiday season so cookies were plentiful!

Eventually, the desire to just eat all the time started to fade and I now follow my hunger queues and cravings. It’s really amazing how your mindset changes when you just listen to your body. I can now pass up cookie offers…but who really passes up a cookie offer?

What was your biggest fear about gaining weight?

Losing my identity. For so long, I was known for my fitness and healthy eating. Who was I going to be if I wasn’t this person? Would people talk and ask questions?

I felt the need to explain to everyone WHY I gained regardless of whether they asked or not. I just wanted everyone to know that I didn’t just “give up”, it was for health reasons. The further along I got in recovery, the more I realized that I didn’t owe anyone an explanation. I decided that if they ask, I’ll tell.

I don’t know if anyone really noticed a change in my body in the beginning due to me feeling the need to explain it to everyone, but they did say they didn’t see the weight gain once they knew. What was noticed was the change in my attire. I started wearing looser shirts and pregnancy was the suspect. I just let people think what they wanted…they would eventually find out that I wasn’t pregnant.

I took Vitex for the first few months, but I don’t think it did anything to speed up recovery. Three months in, I also started acupuncture to regulate my nonexistent cycle. Whether it was a timing coincidence or not, I ovulated three weeks after my first treatment, which also happened to be three weeks after a HRT (hormone replacement therapy) withdrawal bleed. My next cycle took 5 weeks to ovulate so in my honest opinion, I don’t think acupuncture aided in regaining my period.

What other changes did you notice during the recovery?

There have been so many positive changes throughout this whole experience! The most substantial change is the fact that I am truly happier. There was a time during hypothalamic amenorrhea that I just felt angry and irritated all the time, to the point that I was thinking about seeing a doctor.

My first realization that my hormones could be to blame was my first round of HRT. Regardless of the weight gain, I just felt very happy and people noticed. That motivated me to continue recovery so I could get that feeling naturally.

And libido.. 🙂 I finally had an answer to why it was missing all those years!

I have a clearer outlook on life now. It’s no longer all about exercise and a fit body, but more about slowing down to enjoy friends, food, new experiences, and the feeling of freedom!

I’m no longer afraid of happy hour or a night out with friends. Slow walks around the neighborhood are acceptable (and enjoyable) and so are naps! The positives definitely outweigh the negatives.

Do you feel like your personality has changed? Do you see food and exercise differently?

I don’t think I’ve changed too much as a person. My outlook has changed, but I’m still true to who I am.

Most of my daily decisions were made around exercise time, but that is no longer on my mind constantly. I now make my decisions based on how I feel in the moment. Now, when I’m tired, I sleep. When I’m hungry, I eat.

What is the biggest lesson you learned from this journey?

Biggest lesson learned is a tie between two.

One lesson is that you never know what is going on in another person’s life or what their struggles might be. Just be kind to people. That smile or compliment you gave a person could be what they needed just to keep afloat that day.

Second, change is ok! It’s not as scary as I thought it was and it didn’t kill me. Sometimes, change is just what it takes to be happy.

If you need support on your journey to recover from hypothalamic amenorrhea, my coaching calls are available for you.