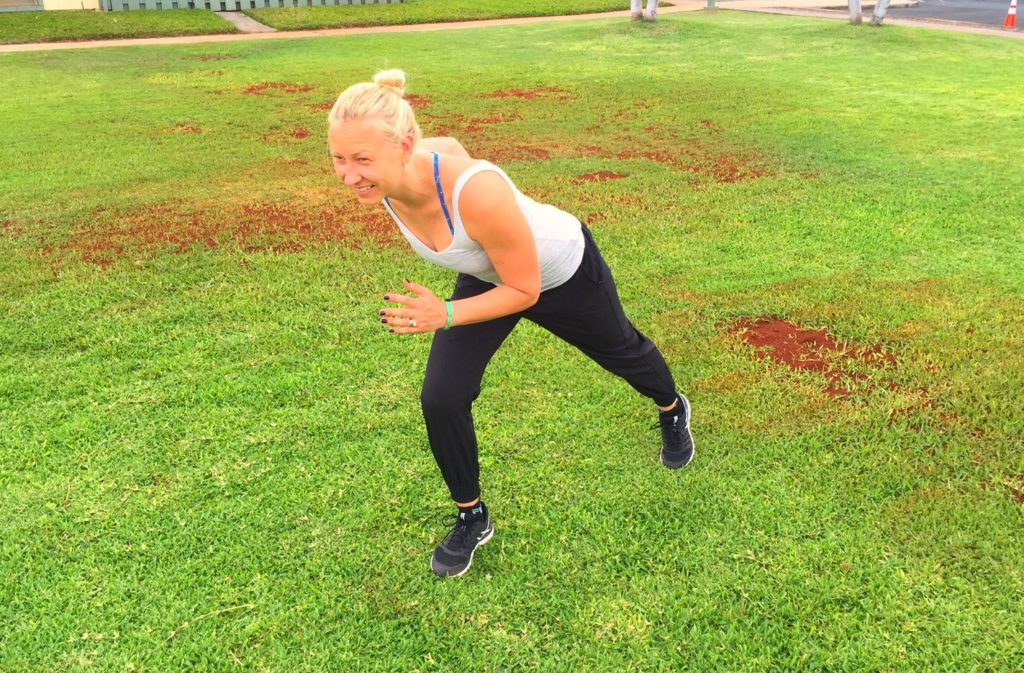 Up until a few years ago, my main form of exercise was running. While I enjoyed it a lot, there were things in my training that I did very wrong.

This post is part 1 of a 2-part series on the mistakes I made as a runner. Part 2 will be up on the blog later this week.

Running had been a pretty natural part of my active lifestyle since I was little. I was practicing track and field and basketball, where we used to run a lot. In addition to those workouts, I would go specifically out for a run a few times a week.

But by the time I had stopped doing track and basketball on a competitive level, my weight had creeped up. I figured that the best way to fight it was to pick up running.

It Was Awesome at First

I lost weight and as a bonus, fell in love with running. I never thought about myself as a good runner, so I was surprised to see that with consistent exercise, I was able to run longer and faster all the time.

I trained a lot, then slowly started thinking about running races and eventually signed up for my first half marathon.

At that time, my running was on point and thought through–I found myself a plan, adjusted it a bit so it worked for me, and finished my first half feeling pretty awesome.

Also my first and second marathons and multiple half marathons in between went really well, because again, I had a plan that included lot of variety–long runs, shorter tempo runs, and rest days. All good!

Where I Started to Make Running Mistakes

But things got out of hands when my goals shifted. I had lost a lot of weight with running and I was skinny already, but I wanted to lose more. Because of constantly restricting food and increasing my mileage I started to binge really badly. In order to “make up” for the uncontrollable eating, I thought I had to run more.

My focus went from running well and being fast to burning calories and losing more weight. But you can't increase the hours and miles endlessly…

4 Running Mistakes I Made

Despite it being awesome at first, getting faster and improving my results pretty much at every race I ran, I started making a lot of mistakes when my focus changed from running better to running more.

My Running Mistakes: Focus on Burning Calories and Losing Weight

That's the Big Number One Mistake that I made as I runner.

Even though I wanted to be fast at races, the desire to be skinnier was stronger. So instead of thinking the quality of my workouts, I became very focused on quantity and how much energy I burnt during my workouts. The main reason why I used the heart rate monitor was to see how many calories I had expended during my run.

I've talked about it before that I used to be obsessed with my scale and wouldn't even drink a glass of water before stepping on it in the morning. My morning ritual was to get up, go for a 1-hour run and then step on to the scale, check the number, be sure that it's no more than 62kg (136.5 lbs) and then move on with my day.

That's not what someone who's serious about running does. Real runners focus on improving their performance, not burning calories and obsessively losing weight.

As I kept running for burning calories and lose weight, I didn't care anymore if my runs were actually good or not.

My goal was to run at minimum six days a week 10K a day, and once a week at least 15K, but a lot of times even more.

I ended up collecting a lot of “junk miles” – doing a lot of miles, but not thinking how I feel, how's my speed, what's my heart rate, how to recover.

After I stopped following a half marathon plan and started running just for mileage, I stopped doing short, fast runs, sprints and interval workouts that should be a part of every serious runner's plan.

I just ran because I felt that I had to if I wanted to stay skinny.

My Running Mistakes: Not Varying My Heart Rate

My typical run was 10K–less than that didn't count as a workout (a lot has changed now!). But I made another mistake: I kept my heart rate at about 150-160 bpm during every single workout, except for the long runs on Sunday.

If you're a runner, you probably know that you should vary your heart rate so that it's not sitting in the same zone all the time. 150-160 bpm was 70-80% of my maximum heart rate, and if you work out at the same range all the time, you're killing your running speed. You definitely need slower runs and interval runs too.

Later, however, I started increasing my mileage even more.. because I thought that more is better.

As my runs got longer, I wasn't able to keep up that pace anymore. I found myself running at 125-140 bpm. Again, this didn't make me any better either: sitting in pretty low zone in every workout didn't make me faster.

Varying your heart rate is important if you want to become a good runner! And even if your main goal is what mine was–burning fat and losing weight, interval training should be an essential part of your training.

My Running Mistakes: Not Resting Enough

I usually had one rest day a week and I did a good job keeping it that way. But there were times where I definitely could have used more.

I never even stopped to listen to my body. Because again, if I stopped to take a break and rest for a few more days, I'd gain a ton of weight in a second. Or that's what I thought.

I put my body under a constant stress. I went out for a run no matter what. People admired my consistency and dedication, and I did love to run.

But on the other hand, because I went for a run even if I knew I should be resting (but didn't want to admit it to myself), I trained so much that I lost my sleep, lost my period and were nervous and anxious all the time.

Here are the first four mistakes that I made as a runner. I got too obsessed with it and trained for the wrong reasons.

In the part two, I tell you a few more things that I did wrong when I used to run basically every day.

Do you run? What running mistakes have you made?